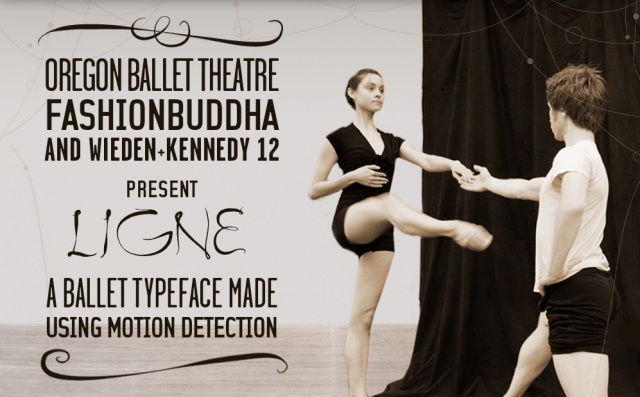 Somewhat inspired by the IQ Font, BalletFont is a project to create a typeface "Ligne" from dancer's movements in space. Three versions of software called "Chireo" (chirography + choreography) were developed using openFrameworks. "capture" did the initial motion and video capture. "augment" let the team clean up the data and export the font and rendered videos. "live" is the real time motion tracking / augmented reality software which was used for the realtime demo. The team used watch batteries, infrared LEDs (ripped out of a prototype touch table), and a PS3Eye cam to create a 2D motion tracking system. These little devices were taped to ballet dancers and had them perform moves which formed letters. The tracked data was exported to SVGs which were used to create a headline font called "Ligne".