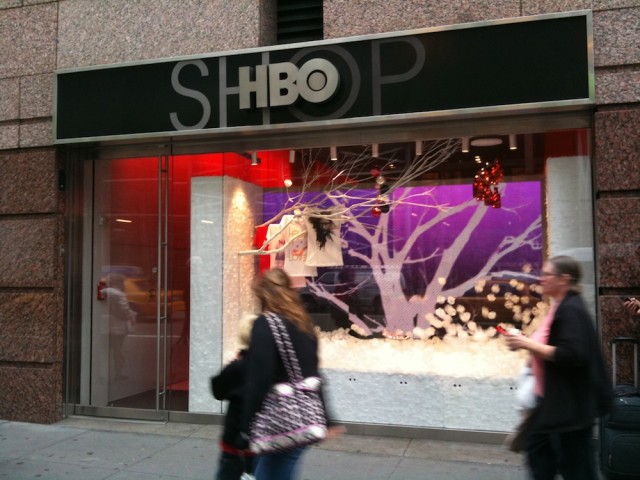 Sosolimited was asked by HBO to create an interactive window experience for their retail shop in Times Square for the 2009 holidays. The team built a snow blowing machine that senses people walking by on the sidewalk and launches snow into the air in response. The installation was developed with the openFrameworks and the physical hardware was controlled using an Arduino. An IR sensor array detects how close pedestrians and window-gazers are, and using mechanical relays, switches on and off fans under the snow in response. A Large LED wall behind the snow is also reactive to street traffic as well. A sliced winter forest scene changes color and moves in response to street traffic. 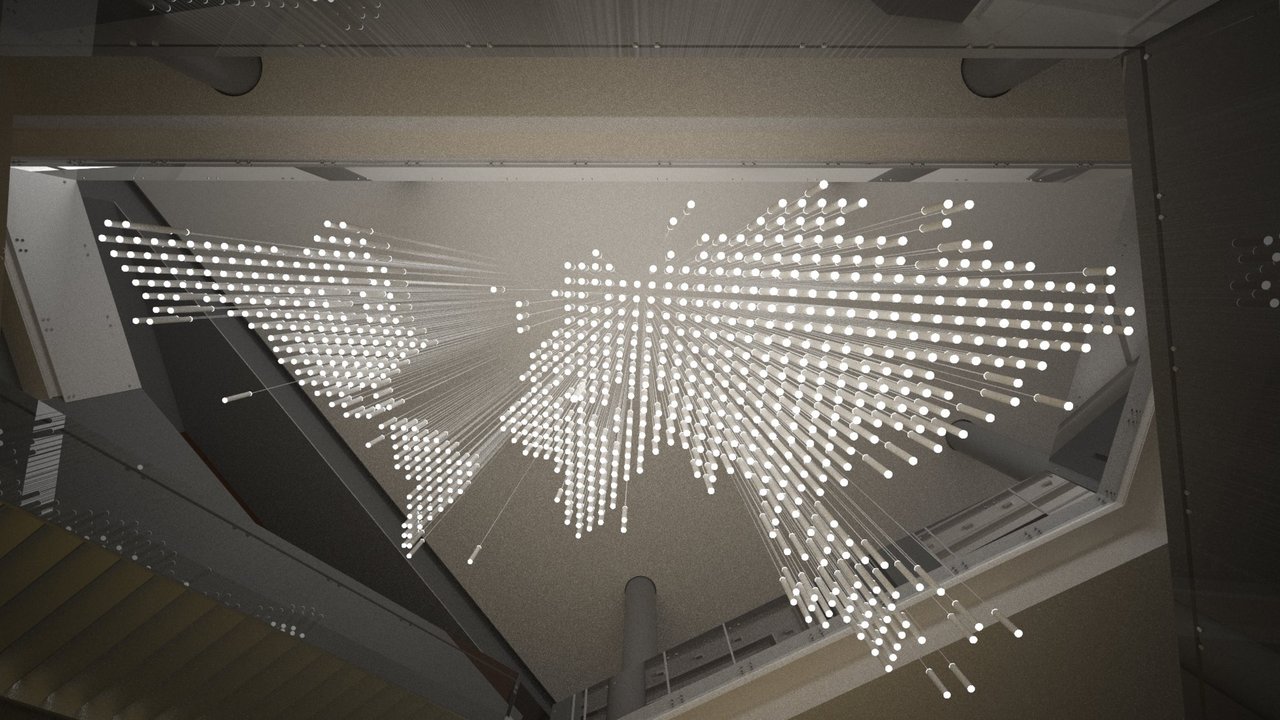 425 hanging pendants located in the new HQ of the Center for Strategic and International Studies visualise global data.