Created by Madeline Gannon for the 2018 Annual Meeting of New Champions at the The World Economic Forum, in Tianjin, China, Manus is a set of ten industrial robots that are programmed to behave like a pack of animals. While each robot moves independently, they share the same central brain. So instead of acting in isolation, they have intertwined behaviors that ripple through the group as people walk by.

Manus uses 12 depth cameras to detect and track the body language of approaching visitors. The robots then use this depth data to decide who to move towards, and whether to look at a their hands or face. Like many of today’s intelligent autonomous machines, the robots in Manus don’t look like and they don’t act like us — but the team hopes to show that they can still connect with us in meaningful ways. 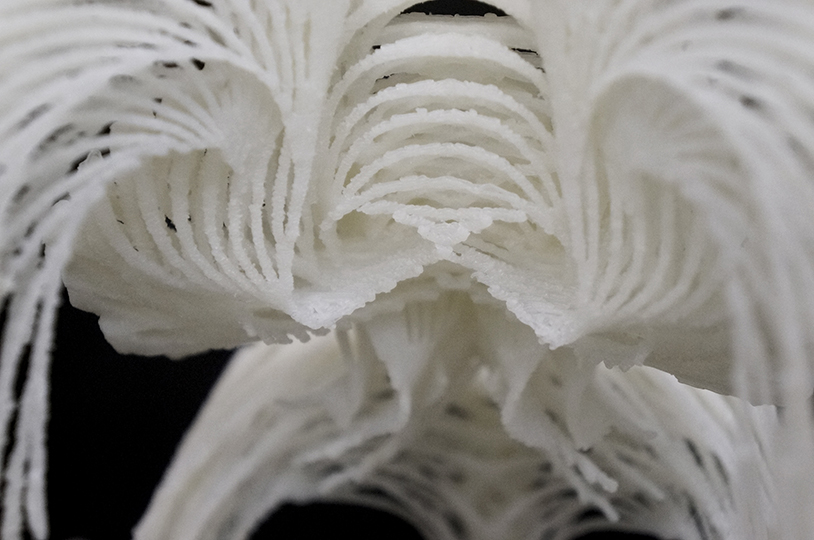 Through generative fabrication and computational design, this project aims to reconnect digital and physical contexts through a custom designed “chronomorphologic modeling” environment.