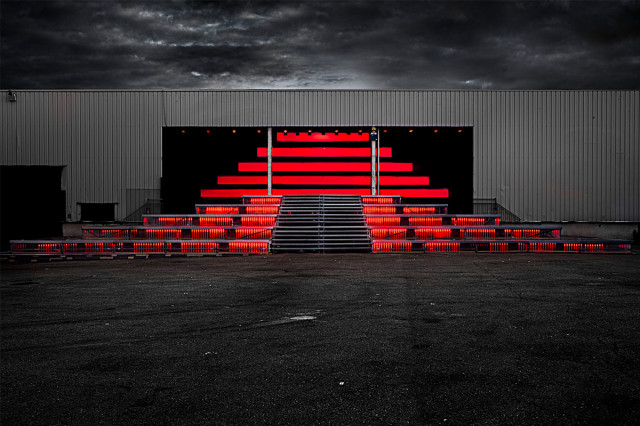 For the French music festival Nuits Sonores, London based collective "is this good?" (Neil Mendoza, Marek Bereza, Mathew Holloway and Chris Cairns) built an interactive pyramid in collaboration with Lyon based architects LFA. The installation was the link between the inside and outside part of the festival and consisted of a pyramid covered with LEDs and six projection mapped screens inside the warehouse that echoed the shape of the pyramid. At the start of the night people's movements controlled the lighting and the visuals. As the night progressed, and the pyramid became full of people, the lighting and visuals became generative and audio-reactive. 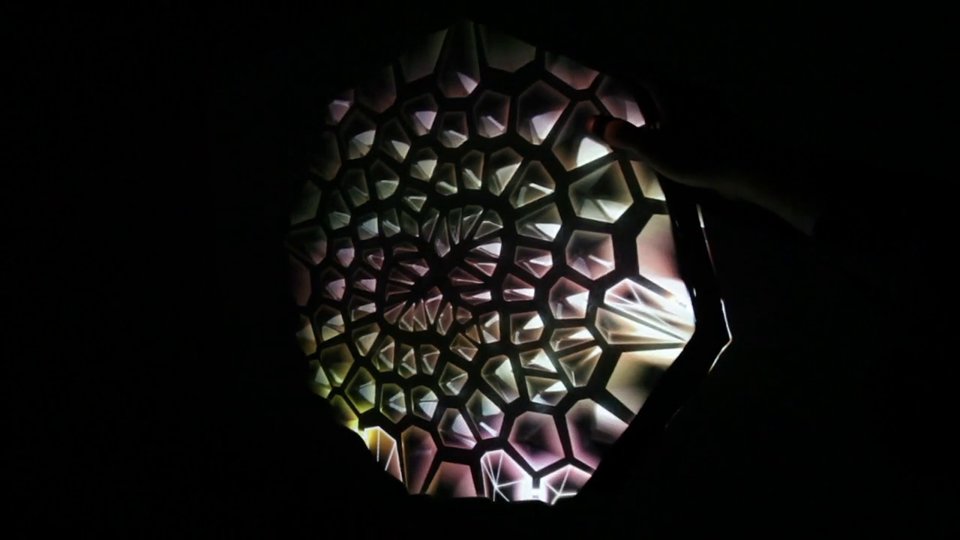 Created by Neil Mendoza, One Degree of Freedom explores interactive projection mapping as a means to touch and interact with an object. Drawing inspiration from marble and pinball machines, the installation gives the mapping illusion an extra layer of depth.