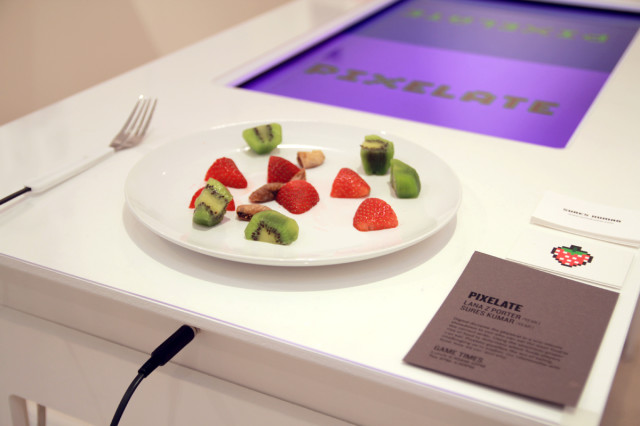 Created by Sures Kumar and Lana Z Porter, Pixelate is a Guitar-Hero-style eating game in which players compete in a one-minute showdown to see who can eat the most food in the correct order. A digital interface created using openFrameworks and Arduino Uno is built into a custom dining table shows players which foods to eat and when. Different foods have different resistances so the team conducted a series of experiments to determine how to sense the food, and which foods are electrically distinct enough to work in the game. The game detects whether they’ve eaten the correct food by measuring the food’s resistance on the specially designed fork. 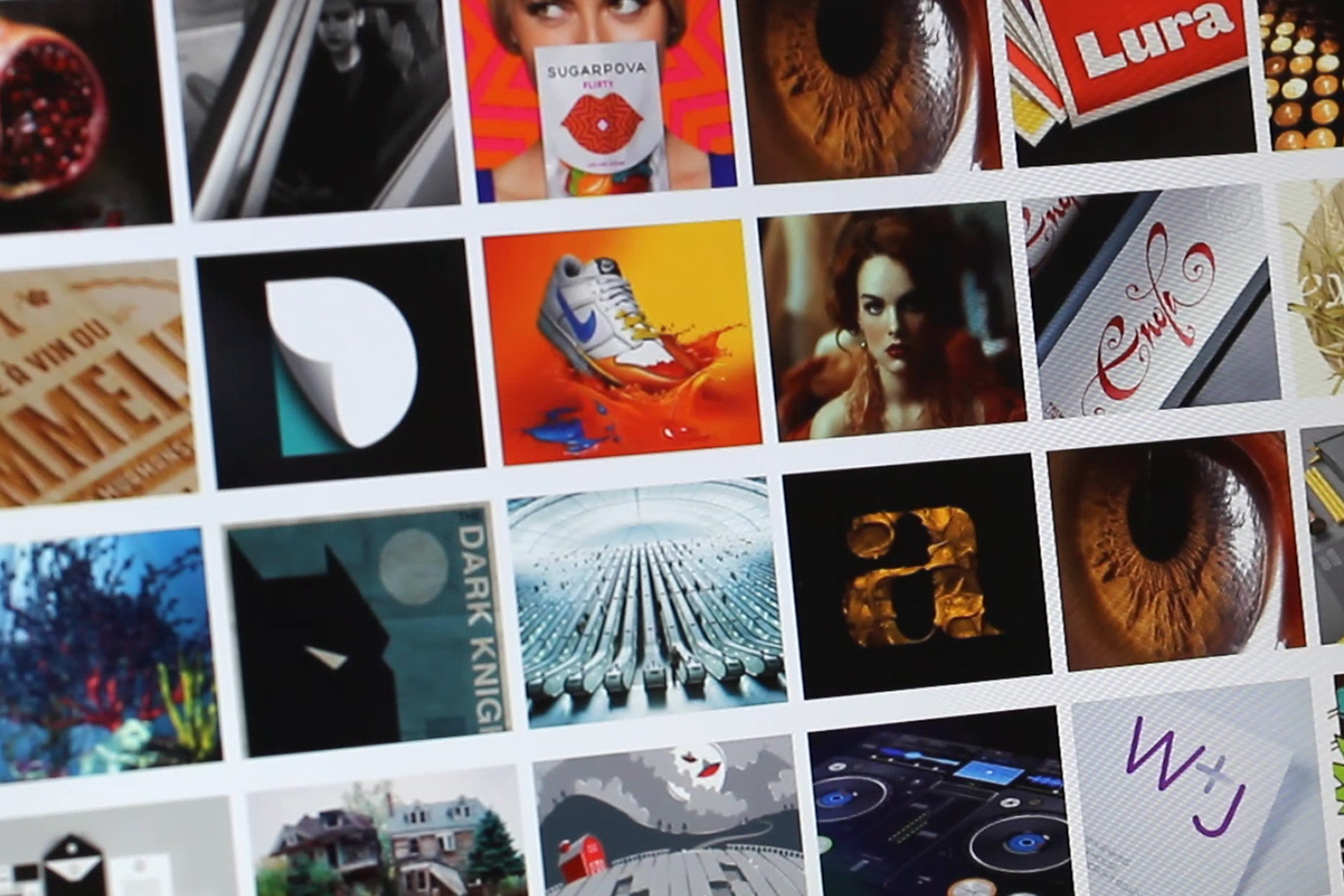 Pro-Folio is a portfolio website that can generate up to 690,903,803 trillion portfolios of fictional artists and designers with unique name and work combinations.