Created by Golan Levin, Chris Sugrue, and Kyle McDonald, The Augmented Hand Series is a real-time interactive software system that presents playful, dreamlike, and uncanny transformations of its visitors’ hands. The project explores interrelations of hand, mind and identity and is designed as 'an instrument for probing or muddling embodied cognition' using a 'direct manipulation' interface and the suspension of disbelief to further problematize the mind-body problem'. Originally conceived in 2004, the project was developed at the Frank-Ratchye STUDIO for Creative Inquiry in 2013-2014 through a commission from the Cinekid Festival of children’s media.

The hand is a critical interface to the world, allowing the use of tools, the intimate sense of touch, and a vast range of communicative gestures. Yet we frequently take our hands for granted, thinking with them, or through them, but hardly ever about them. Our investigation takes a position of exploration and wonder. Can real-time alterations of the hand’s appearance bring about a new perception of the body as a plastic, variable, unstable medium? Can such an interaction instill feelings of defamiliarization, prompt a heightened awareness of our own bodies, or incite a reexamination of our physical identities? Can we provoke simple wonder about the fact that we have any control at all over such a complex structure as the hand? Read more. 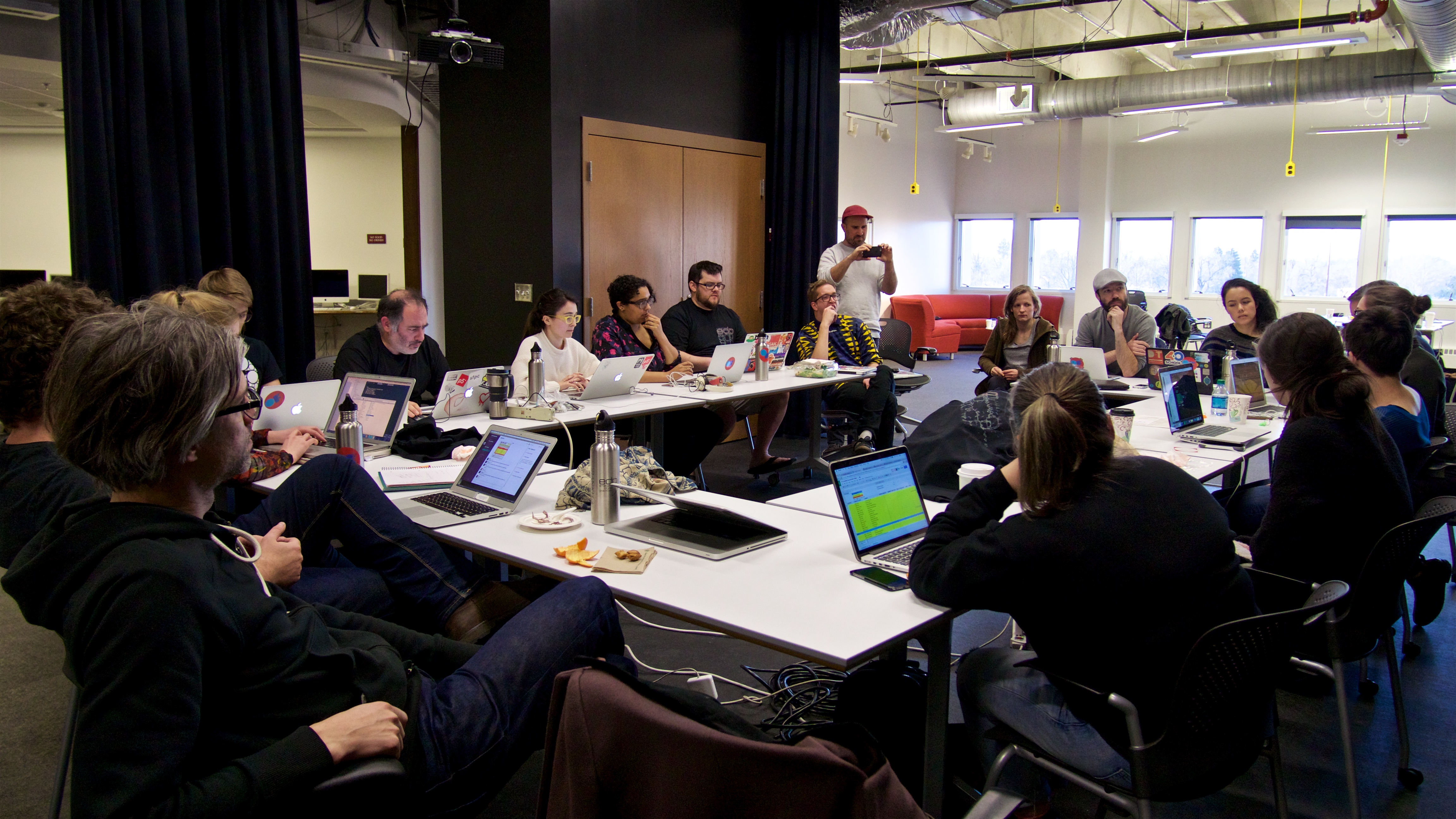 In late February 2016, a group of openFrameworks users and educators gathered in Denver Colorado to work on improving the ways people learn and use openFrameworks (OF). They worked intensely for 3.5 days, 12 hours per day, collectively committing more than 800 people-hours to creating and improving openFrameworks learning resources to help students around the world learn how to create with this powerful digital arts and design tool.

One thought on “The Augmented Hand Series – Playful, dreamlike and uncanny”