Earlier this year Onformative were invited by Deutsche Telekom to design the Gallery-Wall of their Flagship Store in Berlin Mitte. Since the 4010-Store uses their Facebook page as a way of communicating with their customers, Onformative's idea was to bring that online discussions back into the store by developing a data visualisation generated from all their Facebook posts.

The team accessed all the information via the Facebook Graph-API and analysed the data that was recorded over a period of four years using a custom written Processing application. They generated the leafs based on different features of the posts. For each post they analysed characteristics like the creation date and time, the number of comments and likes an individual post received as well as the type of the post. Those values were mapped to the features of the leafs enabling the visitors to read and explore that abstract visualisation and get an idea of the nature of the communication. For each type of message a special leaf-style was created. Its colour turns to red based on the number of likes while the time the message was posted defines how much the leaf flourishes, which means messages posted during night or early in the morning result in leafs almost closed while they open up during the day. The number of little buds spawned around the leafs tells you about the number of comments. 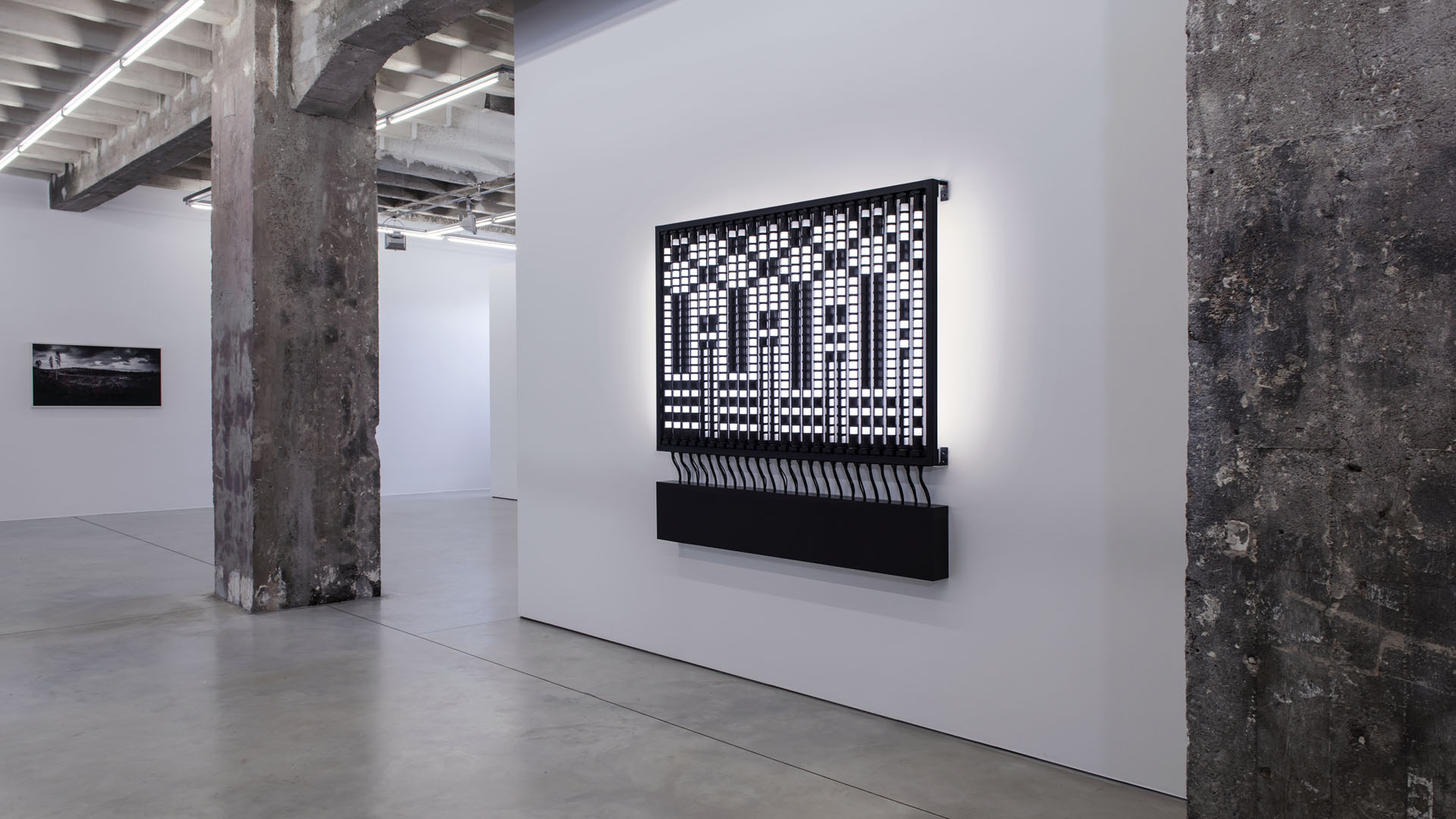 true/false – The audio/visual choreography of an algorithm

Created by Berlin based onformative, true/false is a kinetic sculpture comprised of arrays of circular black metal segments set in mechanical columns. Interlocking and rotating around fluorescent light tubes, the cylinders cover or expose the light to display an endless number of patterns.