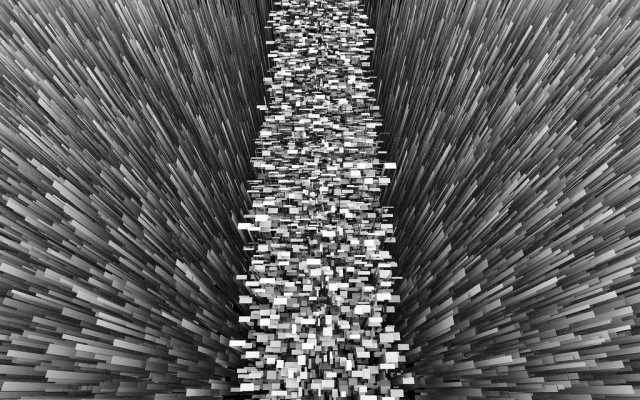 Most recently, last May, the team was commissioned by Montreal based Mutek festival to produce an Audiovisual piece in the Old port. The canvas was an old scaffolding tower built in 1957. As they couldn't project directly onto the rusted structure they instead put up a large white “screen”, and used an optical illusion effect to re-project what was hidden behind this screen. See bottom of the post + more here. 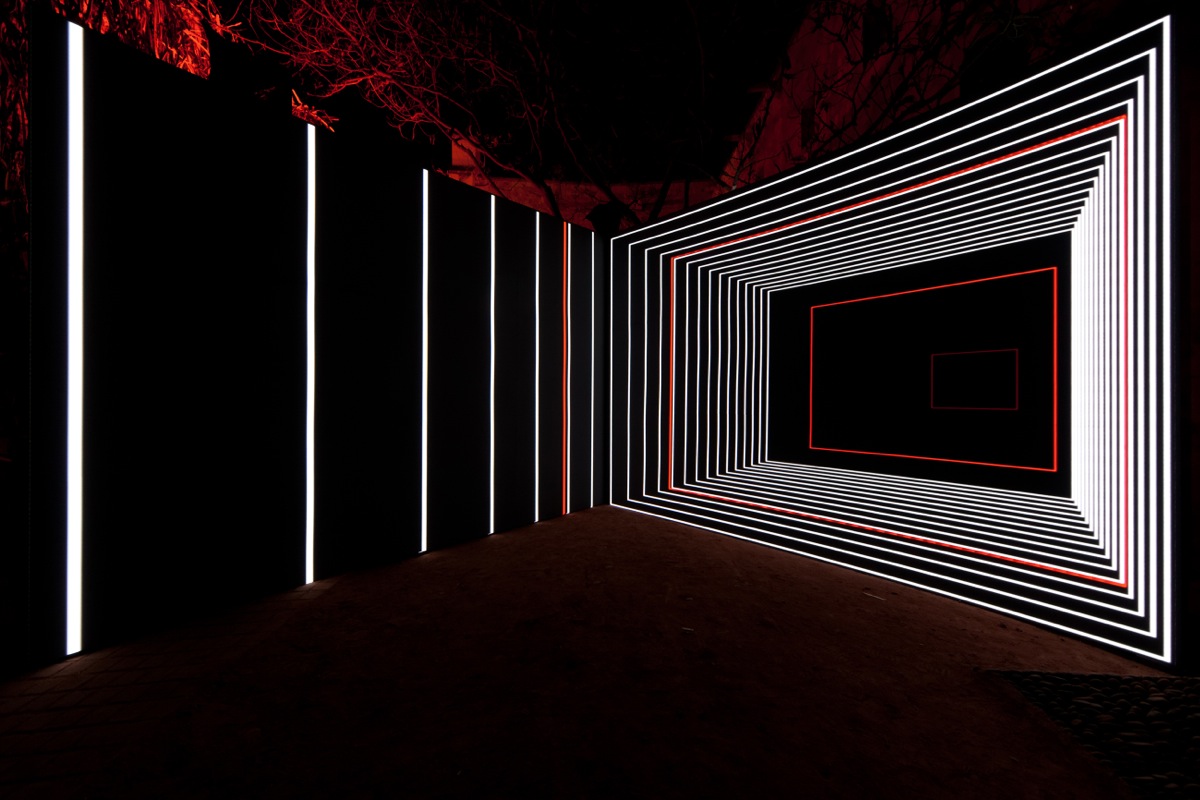 Created by Olivier Ratsi, an artist on the ANTIVJ visual label, Onion Skin is a new immersive installation comprised of two walls, positioned at right angles and augmented by a projection and a 5.1 sound broadcast.