Created by Basel (CH) based visual designer Cyrill Studer for "Baby Behold" by the band Carvel', is a collection of computer generated graphics that accompany the music in a subtle but clever and engaging way.

The song, released on May 5th, 2017, is a straight forward, electronic bundle which captivates the listener through its simplicity as well as its catchy and carefully produced arrangements. With that in mind the video attempts to embed the song in a visual world where its qualities can emerge. The visual concept of the whole video is based on one single form. The ellipse. By showing it from different angles and in varying number of entities images were achieved which rather seem complex considering it originating from an ellipse. The inspiration for the vintage look of the visuals came from the aesthetics of computer graphics in their early days which match the rough and electronic sounds of the song pretty well. 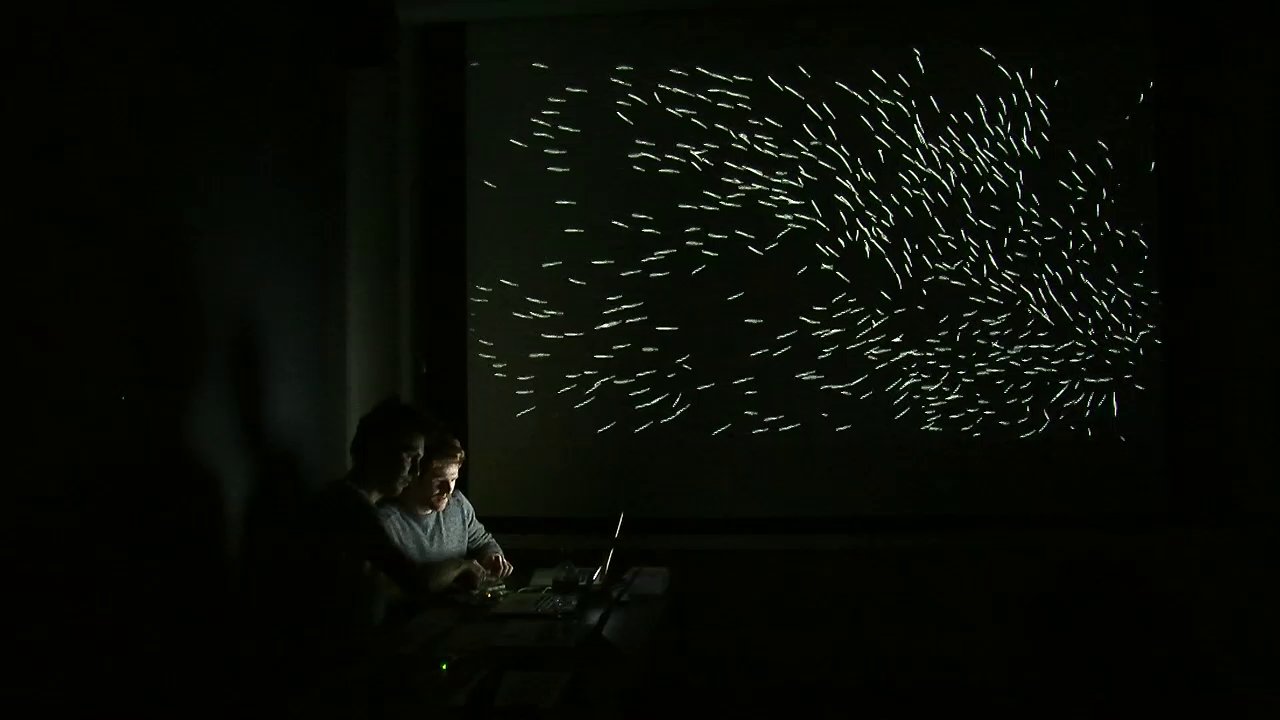 Visual instrument by Cyrill Studer and Lazar Jeremic for creating and controlling organically moving particles with a swarm behaviour.