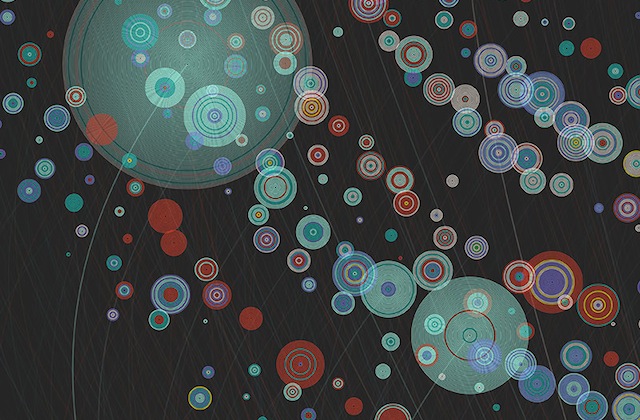 In the early 2013 EE approached Brendan Dawes to create something to signify the roll-out of 4G services across the UK. UCL – who would be collecting all the data for the three day period for EE – gave Brendan some test data to play with so he could test the format of the CSV file and begin coding a system to parse this data. This early test data was only a few thousand rows so it was easy to parse and put into an array in Processing. At this point Brendan was taking inspiration from the idea of the EE particles and exploring how he could represent time in a way that looked beautiful.