Every once in a while a project comes along that will change how we think, discuss and produce digital art. It’s impact derives not so much from features or execution, but from the foresight of the ingenious minds behind them. One such mind is Yugo Nakamura, an award-winning Japanese software artist, web designer and co-founder of FRM. In 2012, FRM’s screen FRAMED was an elegant first foray into bringing digital art into our homes. Two years of engineering later, FRAMED 2.0 will not just be a canvas, but a platform and a community hub for the art of our generation.

His work and that of his peers gave rise to an entire platform that was soon adopted by major creative studios, advertising agencies and video game studios.

Yugo Nakamura’s screen-based works span more than a decade. Ever since his early Macromedia Flash (now Adobe) experiments, his website yugop.com quickly became the place to go for the groundbreaking interactive media. His work and that of his peers gave rise to an entire platform that was soon adopted by major creative studios, advertising agencies and video game studios. Flash, together with other Macromedia products, was eventually purchased by Adobe and held high ground until it’s slow and painful demise in the recent years. The excitement around Flash in the early 2000s was also highly inspirational for today’s creative coding communities, such as Processing and openFrameworks. A sought-after web designer, Yugo founded Tha Ltd, a commercial agency to represent him and his team. Tha quickly grew into one of the most recognised design studios receiving many international awards while Yugo’s personal work travelled the world and was shown in places such as Center Pompidou (Paris), Kunstlerhaus (Vienna), Design Museum (London) and many others. As Tha continued to grow, Yugo and his team kept working on a multitude of side projects – the one that every artist and designer knows but few have full access to is FFFFound. 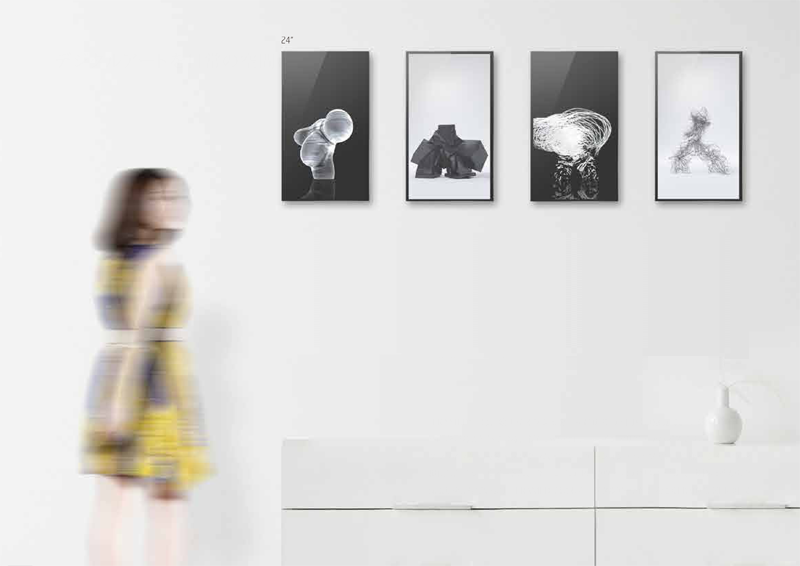 In my recent conversation with Will, the co-founder of FRM, we talked a lot about FFFFound. The site that once generated crazy amount of traffic (5-10m visits a month) and now over 10 million “saves/likes” and 3 million images bookmarked, shaped how we share (and discover) images today. Interestingly, FFFFound was never about your own work, but rather collecting imagery that excited you and by doing so shaping who you are online. Instead of following people however, the process was half automated – the images you liked defined who you would follow and vice versa. Your feed was a reflection of your interests. It was, and still is, super smart and super simple. FFFFound has always been about what internet could do rather than what it is. The project changed art production and opened a new age of digital appropriation (wiki).

The Internet has allowed Valéry’s vision to become a reality, and it has completely changed the way in which viewers interact with art. Websites like ffffound.com allow images to flow in and out of viewers’ minds like water. It is no longer a requirement for a work of art to physically exist in the tangible world, or to have an artist who claims it as his or her own. On FFFFOUND!, there are hundreds upon hundreds of images that have little to no historical context associated with them–they exist on the site, and perhaps in a few other places, but other than that they have no meaning other than what they inherently represent. – Wikoerner

For Yugo and the team, FFFFound has always been a media/social experiment, like many other of Yugo’s works, concerned with pushing the medium forward.

How come a site generating so much traffic never attracted investors or VCs? While FFFFound still generates an insane amount of traffic (without any maintenance), only a single ad sits on the site, hardly covering the hosting costs. For Yugo and the team, FFFFound has always been a media/social experiment, like many other of Yugo’s works, concerned with pushing the medium forward. Noone at Tha Ltd wanted FFFFound to become a full time job. Instead, they wanted to create new things, constantly reinventing how we create and think about digital media.

Through the analysis of McLuhan, FFFFOUND! should be considered the “tetrad,” in which the artifacts of many different human beings are combined through internet technologies in order to constitute an engine of invention. — Wikoerner

Creating innovative digital media and turning the internet on its head was never hard for Yugo — displaying screen-based works in the physical world was. How does one “frame” digital media? Yugo being Yugo, the problem could not be solved by simply addressing one artwork at the time. The time had to be right; the acceptance of the digital as an artistic medium needed to be widespread sufficiently and conversation need to be held together, across the continents and communities. For this components need to be affordable enough and there needs to be a sufficient number of FRAMED* devices in the wild to drive the conversation. Think of it as digital media experiment in the physical world.

In 2011, Yugo teamed up with William Lai to form FRM, a subsidiary of Tha Ltd.. A product and experience designer (as well as founder of  the Tokyo-based record label TempleATS), William’s role was to push the platform idea forward. Collectively, four years of development work went into FRAMED. With version 1.0, released in 2012, they imagined a new canvas for digital art. The all-new version 2.0 now comes with interactivity – sensors are included for artists and designers to create reactive works using motion, sound, gestures and various data inputs. Also included is smartphone integration, allowing you to instantly display artworks from anywhere in the room, directly from your iPhone or Android. The embedded OS runs unlimited media types, supporting GIFs, video, animation, graphics, Flash, Processing, openFrameworks, and more. It is smart enough to know which application requires what resources and to switch as appropriate. If deeper integration is required, FRM team is on standby to provide support in getting oF or Processing apps running without a hitch.

FRAMED 2.0 website allows anyone to publish and sell their art, share own creations, curate a selection of artists, and get their ideas framed on walls around the world.

The most interesting and exciting part of the project is the website, that will be the centre of FRAMED* 2.0. Just like with FFFFound, the focus is the media and the community. Starting with the $25 tier on Kickstarter, you’ll have access to the website, and be able to not only bring artworks to your FRAMED screen but connect with artists and curators, drive discussions and discover and present not yet seen works (including specially commissioned pieces). Additionally, the FRAMED 2.0 website allows anyone to publish and sell their art, share own creations, curate a selection of artists, and get their ideas framed on walls around the world. If the team implements even a fraction of what they’ve learnt through FFFFound, which they surely will, we are definitely in for a treat.

While the questions surrounding digital art are still very much unresolved, it is clear that screen-based works are here to stay. Projects such as Sedition, Stillreel, and Electric Objects are a good indicator. However, if we are serious about an open and critical discussion about digital art and screen as a medium, we need to keep the conversation within the community and not away from it, ie startup culture and VCs. Is there better way to do this than support those that started the conversations in the first place?

We hope that you will support FRAMED* on Kickstarter. At the very least make sure you get on board for the beta-invitation to the site. It is definitely not to be missed.

3 thoughts on “FRAMED* – Canvas for the art of our generation”