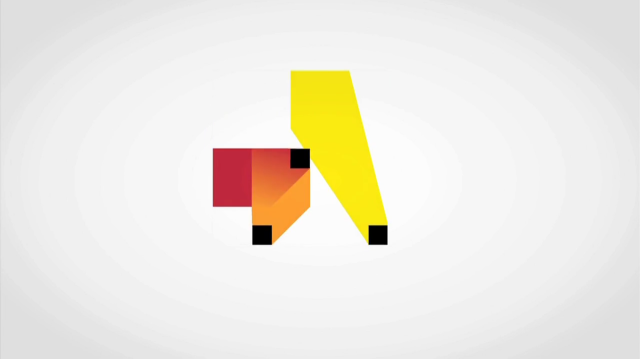 In 2010 MIT Media Lab approached TheGreenEyl and E Roon Kang to update their identity for the lab's 25th anniversary. Previous identity components were designed in 1984 by Jaqueline Casey, but there never was an actual logo per se. The team developed an algorithmic logo using Processing (founded by Ben Fry and Casey Reas in 2001 while at the MIT Media Lab) in an effort to capture the dynamism and diversity of the MIT Media Lab. The main concept is the idea of the intersection, each of the cones representing one individual coming to the lab.