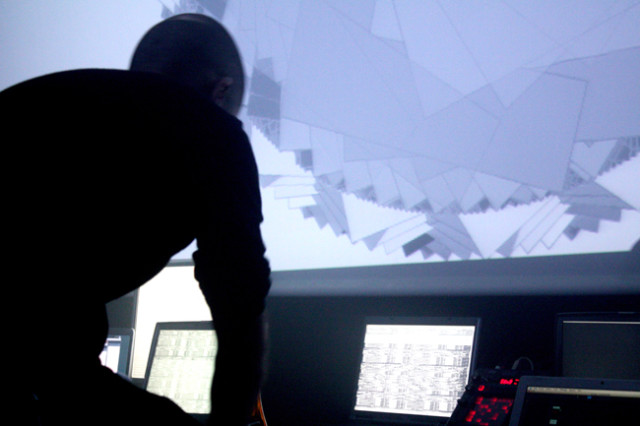 The same group that is behind suckmongif.com have a vimeo page with the few videos uploaded that we could not resist but share. The first one includes a pong type setup using a projector but instead of it being projected on a flat surface like you'd expect, it is actually projected in the corner of the room with players being located on opposite sides of the room walls - intentional distorted projection. This is accompanied by sounds as soon as players hit the ball. Must watch below. The second video is a sound reacted experiment team made in a local winery cave near Marseille and third being test run during their latest installation @ La Bellone. Bruxelles (BE). Few other videos are included below.