Developed by the team at MIT Media Lab's Responsive Environments group including Artem Dementyev, Cindy Hsin-Liu Kao and Joe Paradiso, SensorTape is a sensor network in a form factor of a tape that allows users to create large sensor networks.

The 'tape' is composed of interconnected and programmable sensor nodes on a flexible electronics sub- strate. Each node can sense its orientation with an inertial measurement unit, allowing deformation self-sensing of the whole tape. Also, nodes sense proximity using time-of-flight infrared. The team developed network architecture to automatically determine the location of each sensor node, as SensorTape is cut and rejoined. 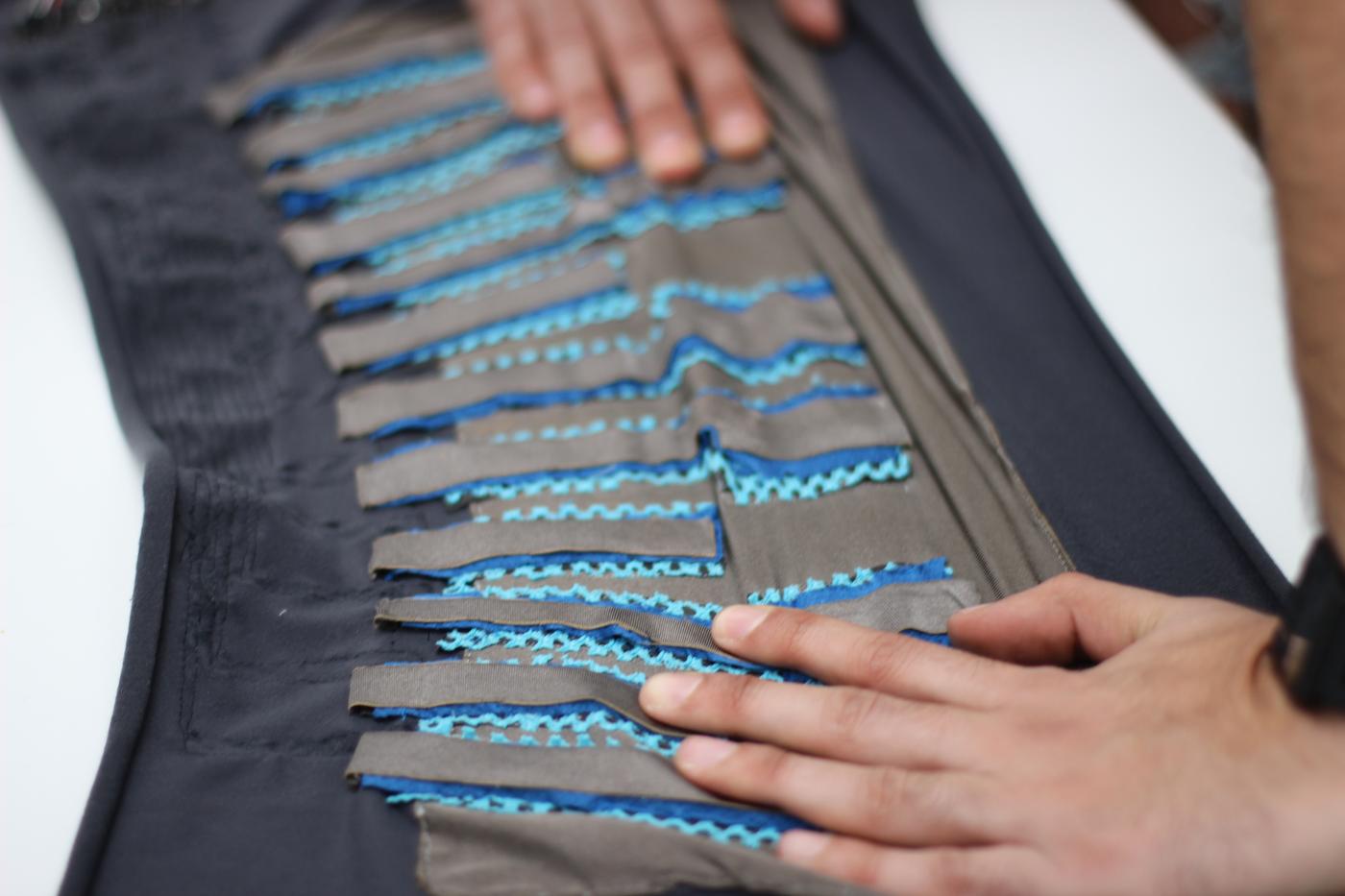 Created by the Responsive Environments team at the MIT Media Lab, the ‘FabricKeyboard’ explores the concept of stretchable fabric “sensate media” as a musical instrument. The work is a response to the current developments of textile sensors, stretchable nature of knitted fabrics, and vast growth of new digital music instruments.