This project by Manas Karambelkar, Momo Miyazaki and Kenneth A. Robertsen at the CIID explores how much of a language is silent. ‘Silenc’ is a visualization of an interpretation of silent letters within Danish, English and French languages done by eliminating or highlighting the silent letters within a prescribed text.

One of the hardest parts about language learning is pronunciation; the less phonetic the alphabet, the harder it is to correctly say the words. A common peculiarity amongst many Western languages is the silent letter. A silent letter is a letter that appears in a particular word, but does not correspond to any sound in the word’s pronunciation. A selection of works by Hans Christian Andersen is used as a common denominator for these “translations”. All silent letters are set in red text. When viewed with a red light filter, these letters disappear, leaving only the pronounced text. 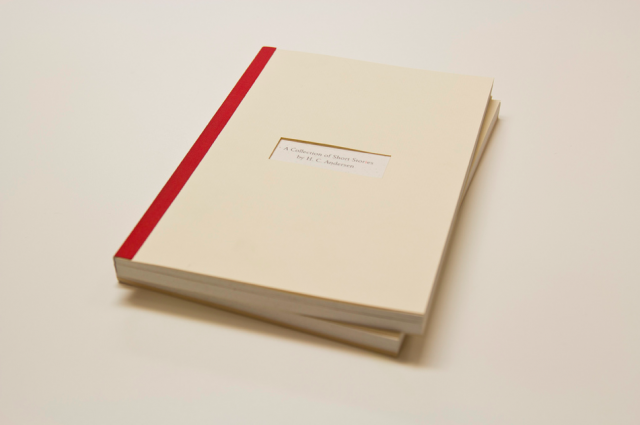 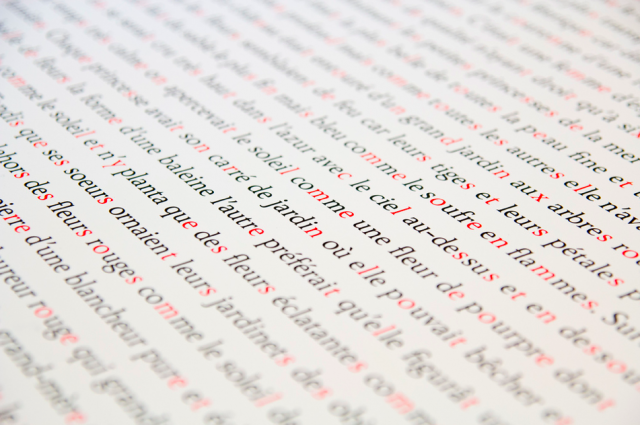 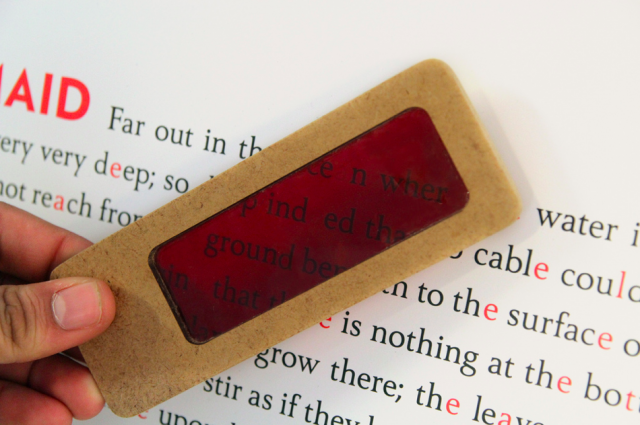 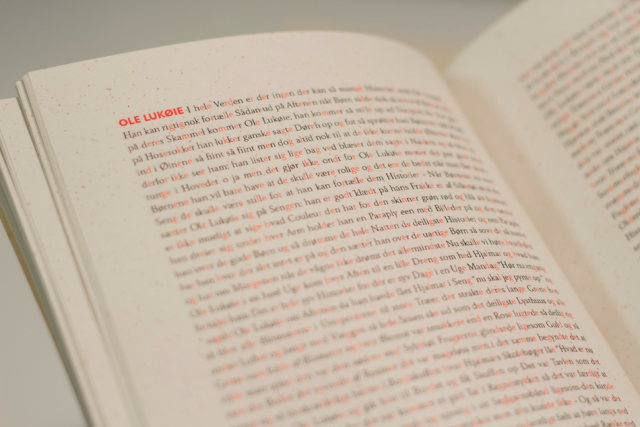 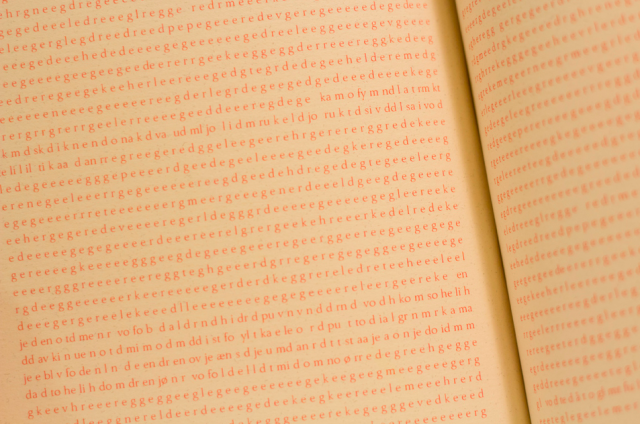 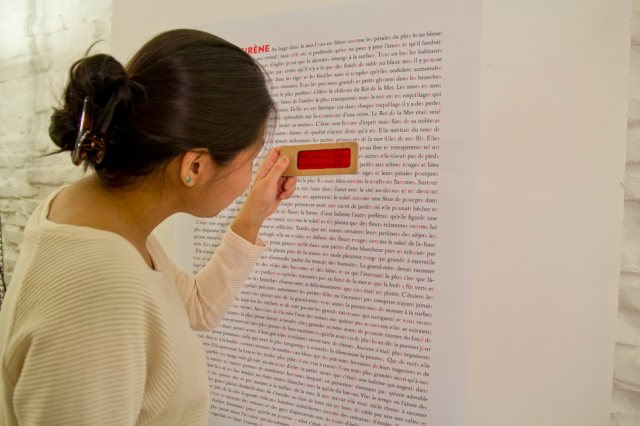