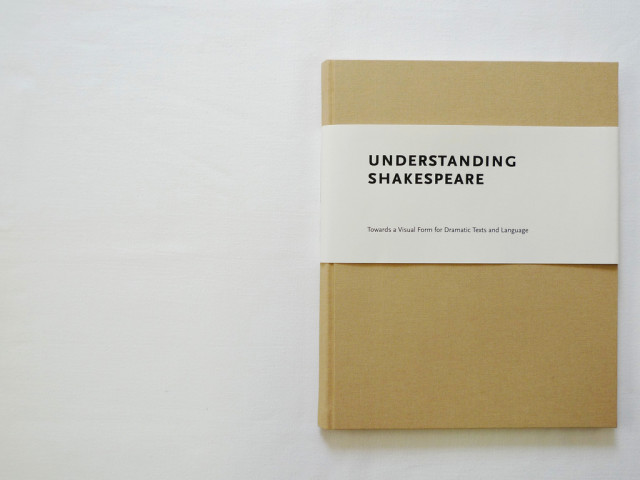 B.A. thesis project of Stephan Thiel at the Interfacedesign program of the University of Applied Sciences Potsdam, Understanding Shakespeare is an attempt to create a new visual understanding of the work by analysing most frequently used words for each character. Using Processing, a scene is represented by a block of text and scaled relatively according to its number of words. Characters are ordered by appearance from left to right throughout the play. The major character’s speeches are highlighted to illustrate their amounts of spoken words as compared to the rest of the play.