Created by Selcuk Artut, Variable is an artwork that explores the signification of terms in artists' statements. The artwork uses machine learning algorithms to thoughtfully problematise the limitations of algorithms and encourage the visitor to reflect on poststructuralism’s ontological questions.

Composed of eight screens animating a display of eight letter words, with the touch of a button Variable invites visitors to recompose the artwork’s title and its artistic statement. The work was inspired by the complexity of Martin Heidegger’s philosophical book “Being and Time”. Being and Time was trained to a machine learning algorithm to generate paragraphs made of three sentences at any request. In Variable, nine Raspberry Pi computers were interconnected to a local network and the communication was achieved with the use of OSC protocol. Main computer facilitates Markov Chain operations based on a Python Library and generates a new text when a button is triggered by the visitor. Display interfaces and the OSC communication were built in Processing. 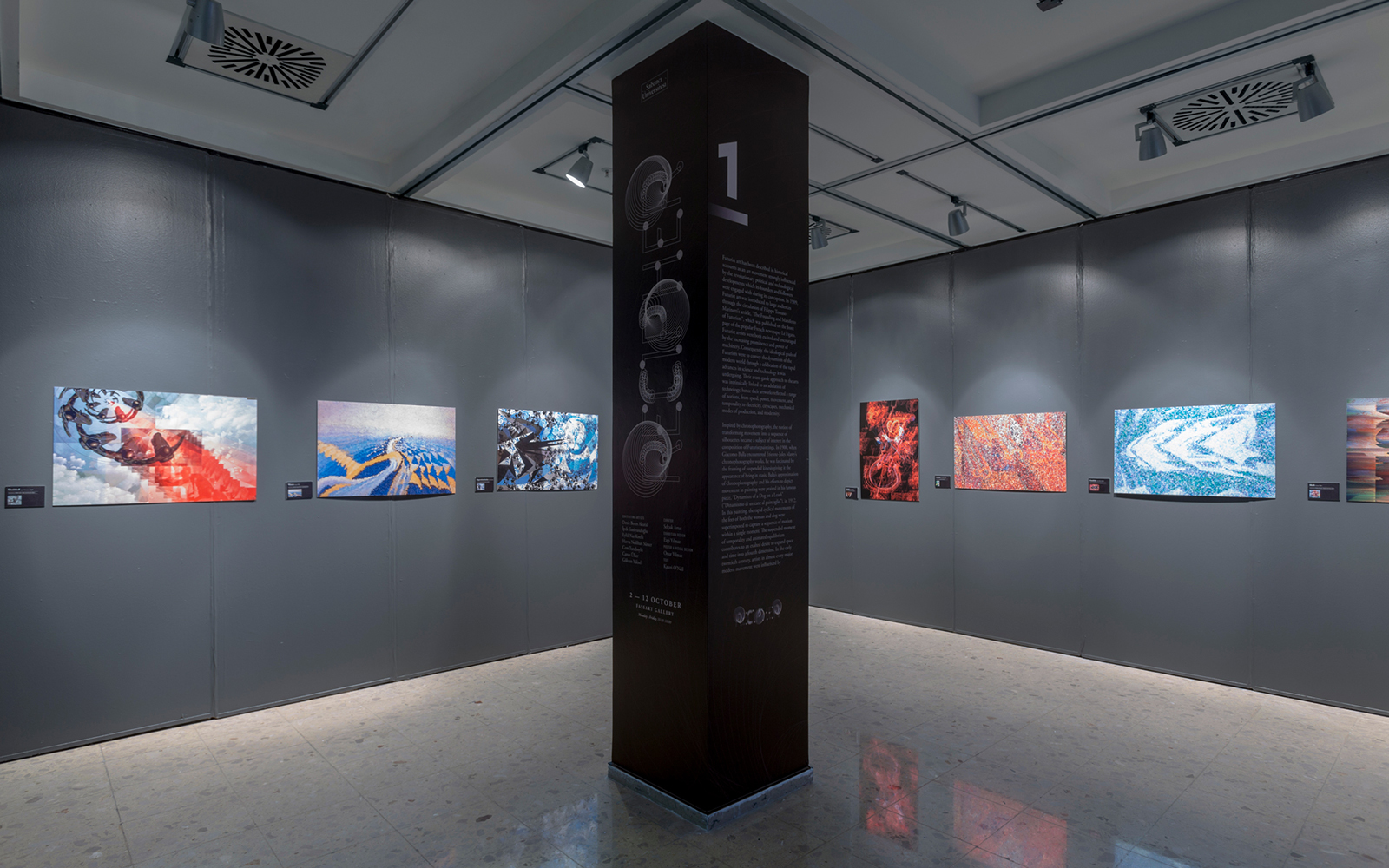 RECIPHER, a group show featuring works generated by students of Selçuk Artut’s “Creative Coding” course at Sabanci University, Visual Arts and Visual Communication Design Program, will be exhibited in two different locations in Istanbul at the same time. One of the exhibitions will open its door at Sabanci University Faculty of Arts and Social Sciences…