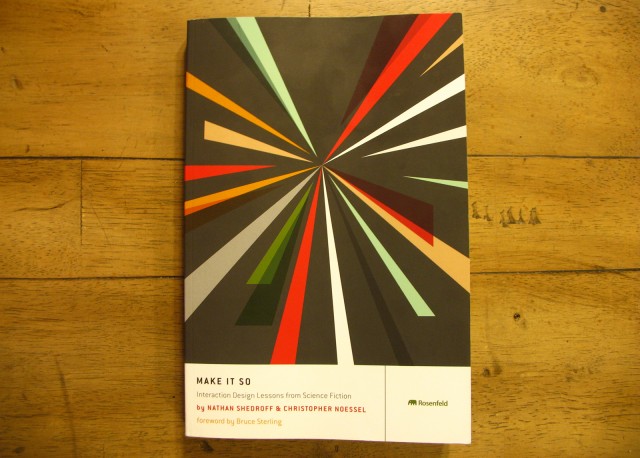 "Open the pod bay doors, HAL." To a science fiction fan or film buff, that nugget of dialogue evokes big, sweeping conversations about the more ominous aspects of machine sentience. However, when the ensuing exchange is viewed through the lens of interaction design, a different conversation altogether takes place. A design-minded analyst would ignore HAL's bad attitude and read that interaction as an example of a failed voice interface. Welcome to the universe of Make It So: Interaction Design Lessons from Science Fiction, an ambitious book by veteran designers Nathan Shedroff and Chrisopher Noessel that meticulously analyzes various types of interfaces across the film and television science fiction canon in search of rules of thumb for designers.