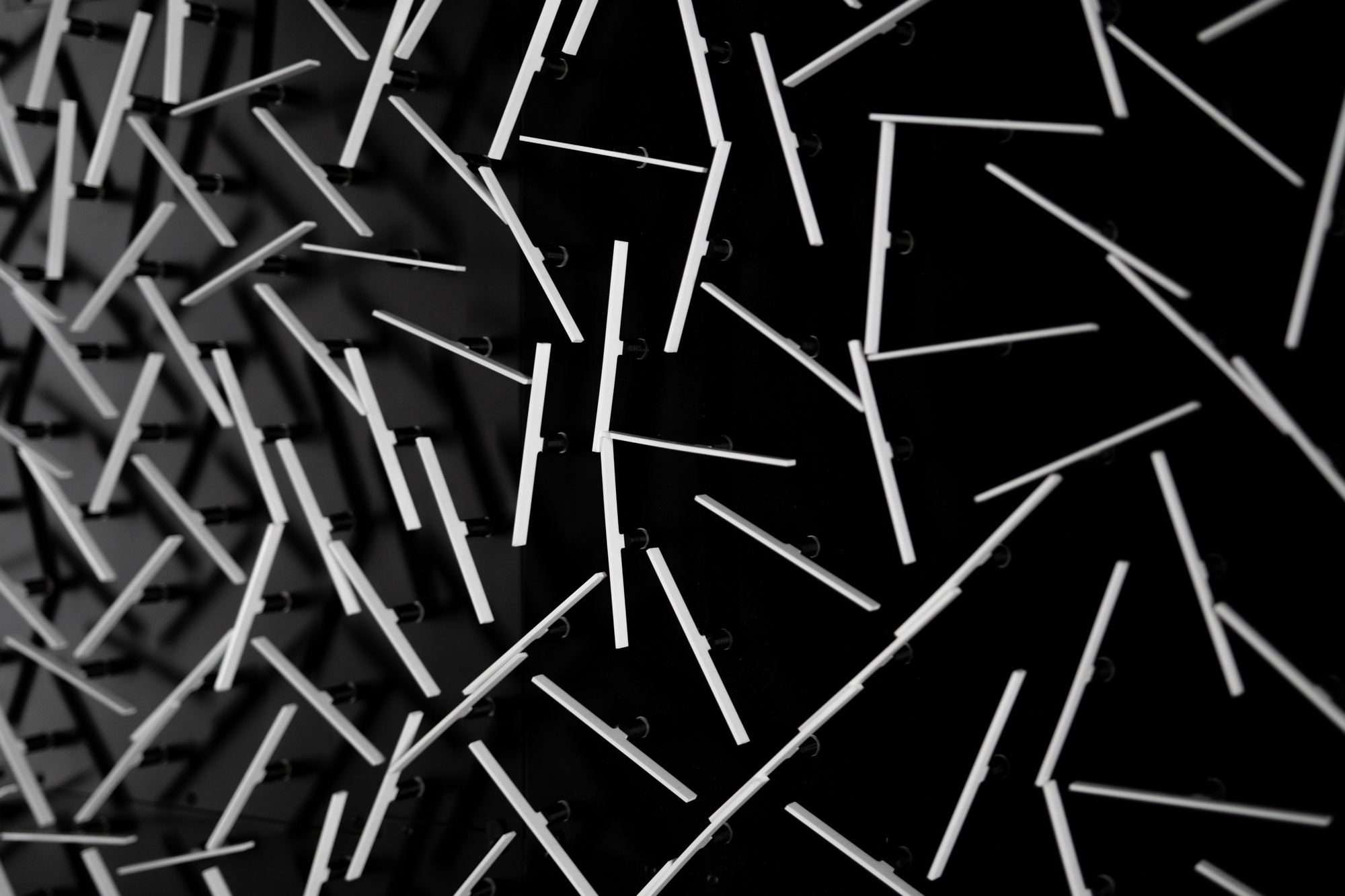 Created by Ralf Baecker, Putting The Pieces Back Together Again is an artistic investigation and meditation about complex systems and scientific methodology. Consisting of 1250 stepper motors arranged in a two dimensional grid, each motor in the installation moves in a random direction, sometimes intersecting and reversing direction, producing emergent constellations and behaviours.

Each motors is equipped with a pointer made from white acrylic glass. The radii of the pointers are chosen to intersect with the pointers of its neighbours. Each motors is driven with the same alternating current, that let them move initially in a random direction. In the event of a collision the pointers revese their turning direction. Through this interplay of many entities a complex behaviour emerges on the surface of the machine. By manipulating the driver frequency during runtime the behaviour of the whole system will change to create a kind settlement (pattern’s are forming on the surface of the machine) by negotiating is position with its nearby actors. 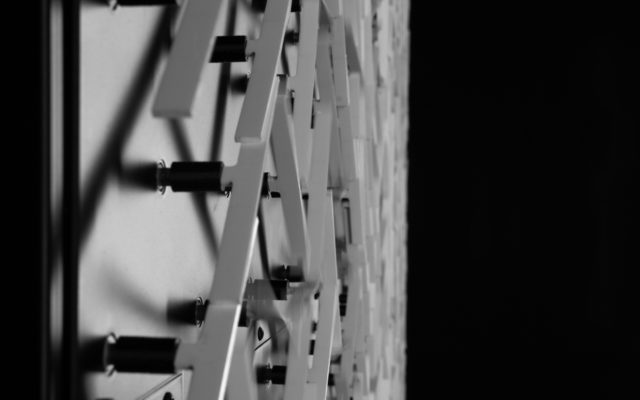 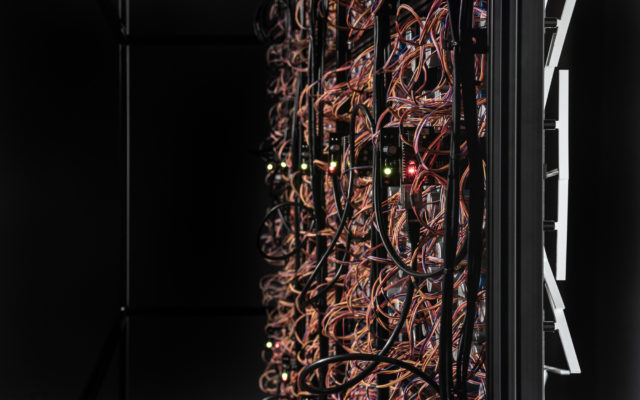 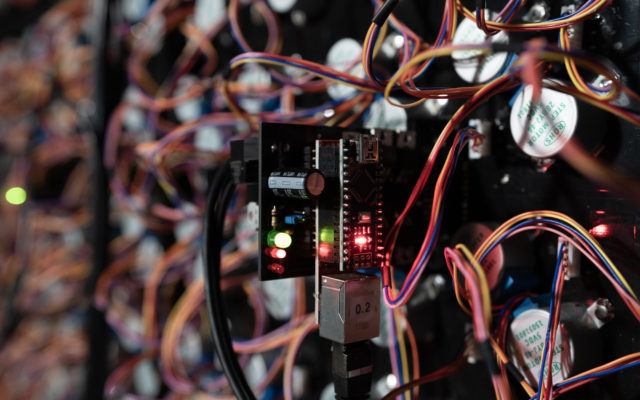 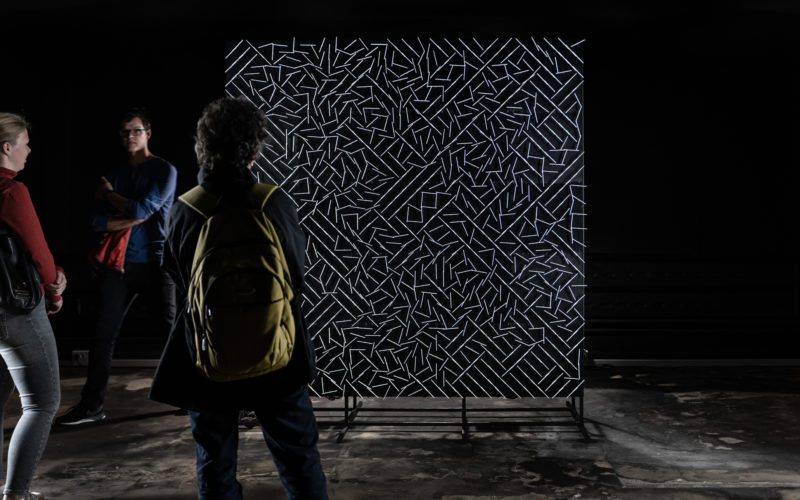 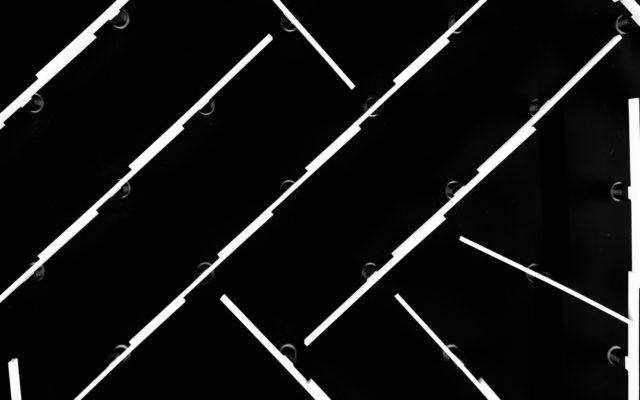 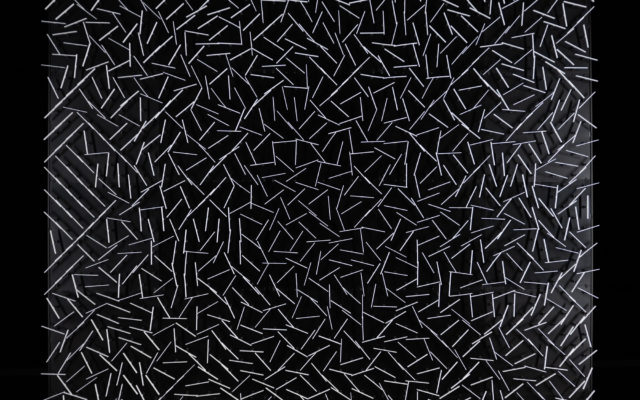 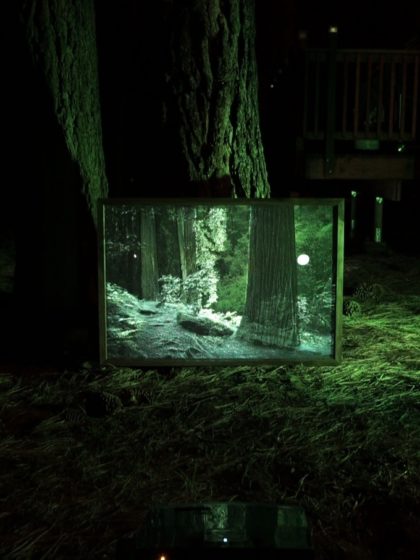 Created by London based convivial studio, Kinedioscope (animated“kínēma” dimensional“diastáseis” view“scope”) is a technique used to create animated depth effects on static photographs. The process is comprised of reverse-engineering the technology of…