The project started when Parag and Evan were talking about what it would look like to control visual synthesis in a purposeful, painterly way. They decided to collaborate on a short piece, with the aim of combining Parag's previous visual synthesis research with Evan's more narrative approach. Parag had been working with visual synthesis for years, building up an impressive collection of films on his Vimeo page as part of his ongoing research. His paper "Corpus-based visual synthesis: an approach for artistic stylization" outlines one his approaches to synthesis and describes it as: 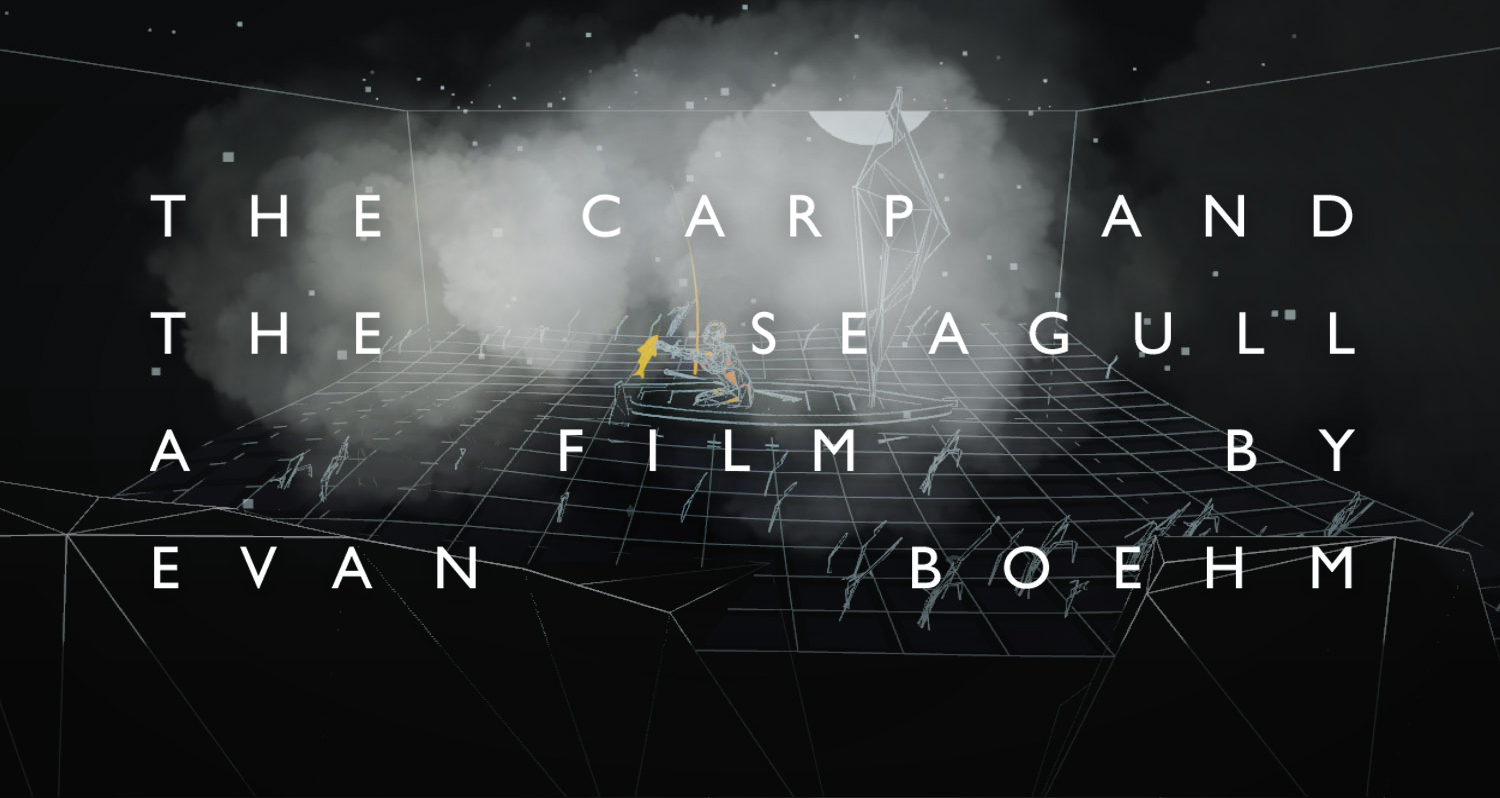 The Carp and the Seagull – Interactive short film by Evan Boehm

The Carp and the Seagull is an interactive short film about one man’s encounter with the spirit world and his fall from grace. It is a user driven narrative that tells a single story through the prism of two connected spaces. One space is the natural world and the other is the spirit or nether world.