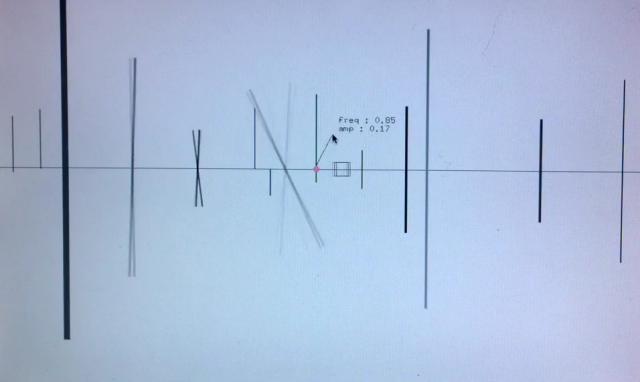 The following clip is a preview Simon Katan's new composition tool for live performance Cube with Magic Ribbons created using openFrameworks and SuperCollider. Simon describes the piece as partly drawing on the visual paradoxes of M.C.Escher but also being inspired by the impossible spaces found in the two dimensional graphics of early computer games such as Asteroids and Pacman.