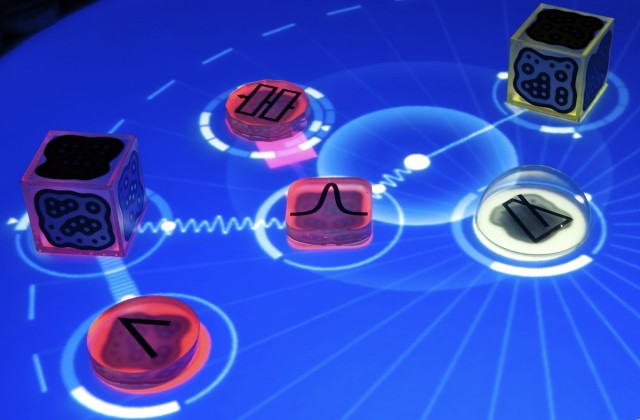 The reactable got it it's start before the iPhone and iPad brought multitouch to the masses. It began as an experiment into new forms of computer interaction, both for music applications and multi-user, multi-touch applications in general. The first iteration of the Reactable was an installation that featured tangible blocks representing different sound modules that could be placed on a semi-transparent table. A camera system picked up the locations of the blocks, thanks to visual tags on the bottoms. Computer software and a video projection system then created an augumented environment for playing with these building blocks of sound. It's influence shouldn't be underestimated, as it lead to things like Microsoft's surface, Microsoft Kinect, Sony's Playstation Move and more. It also gained some mainstream notoriety when Björk used it on stage.