Commissioned by UK arts orgs The Cutting Room and Phoenix to mark the centenary of the First World War, The Crystal Line is the latest work by critical engineer and media artist Julian Oliver. Re-creating an authentic (often improvised) crystal radio design that was used widely during WWI, the device broadcasts a transmission of military news and ‘future of warfare’ chatter culled from various defence blogs that is translated from text to speech. Initiating a bit of a temporal loop, an encounter with the radio curiously juxtaposes the crucial moment that the ‘zone of control’ in warfighting extended into the electromagnetic spectrum with military R&D’s ceaseless march forward.

The Crystal Line draws on content collected by a web-crawler that Oliver describes as “trawling military feeds for the latest in future combat systems, military communications, and AI advances.” This text is formatted and synthesized with the mbrola text-to-speech engine and passed to an AM transmitter which broadcasts over an aerial at 1MHz. The receiver deploys a Zincite crystal detector and sliders for tuning and coil, and the system plays back through floor-mounted speakers. Oliver lights up when asked about the set’s sound quality and says it is “ever-so slightly dusty and powder-smooth” and—keeping the target demographic in mind—delivered in the accent of an “old English gentleman”. 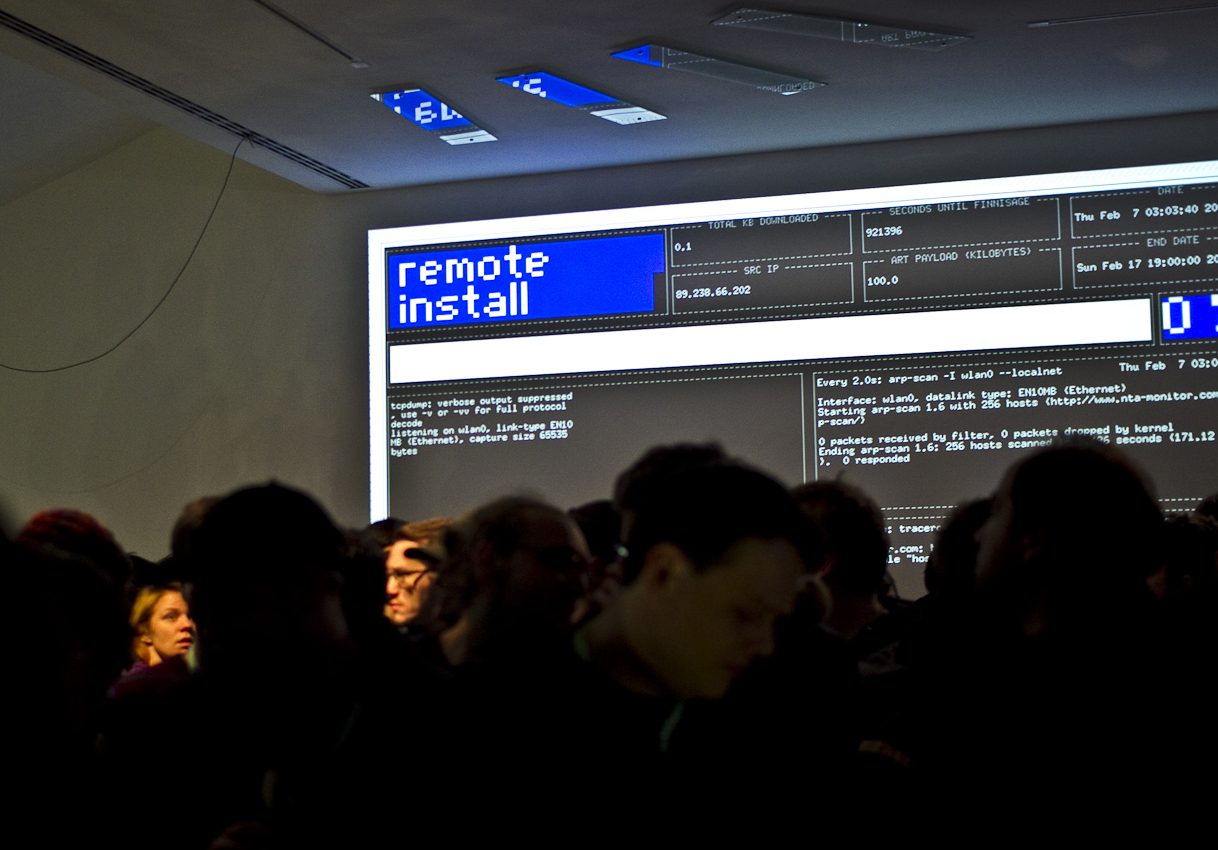 Remote Install – Installation that remotely installs itself in the gallery

Remote Install is an installation by Julian Oliver that remotely installs itself over the network and presents its own installation process as an artefact in itself.