“How can such systems be designed to accommodate the complicatedness of moral and ethical thought processes, especially when human lives are involved? Just like choosing the color of a car, ethics can become a commodified feature in autonomous vehicles that one can buy, change, and repurchase, depending on personal taste.” –– Matthieu Cherubini

Matthieu created three distinct algorithms (Humanist, Protector and Capitalist) – each adhering to a specific ethical principle/behaviour set-up – and embedded into driverless virtual cars that are operating in a simulated environment, where these autonomous vehicles will be confronted with various ethical dilemmas.

The first version of this project was developed in 2013, this new version made in 2017 was commissioned by the ZKM for their “Open Codes” exhibition. Created using Unity 3D and available for download as Windows, Mac and Linux applications. 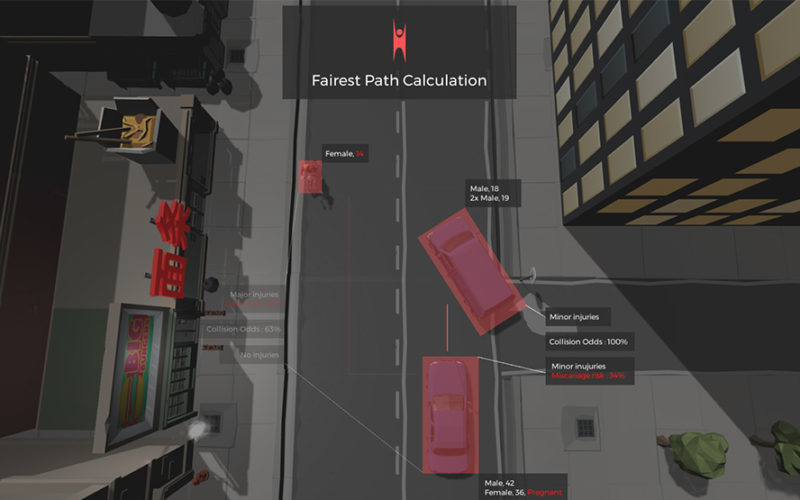