Re-designed and re-built at the Royal College of Art, and now fully automatic and ecofriendly, Attachment is a poetic machine conceived by Swiss designer David Colombini. The machine allows people to send digital messages, images, or videos into the air by attaching them to biodegradable balloons.

The idea began as David's diploma project in Media and Interaction Design in Spring 2014 at ECAL (see CAN post). In October 2014, the project received support from the Migros Culture Percentage (Grant fund for Digital Culture) to develop the final object. In 2016, the machine was built in collaboration with designer Thomas Grogan and the help of Niklas Hagemann. 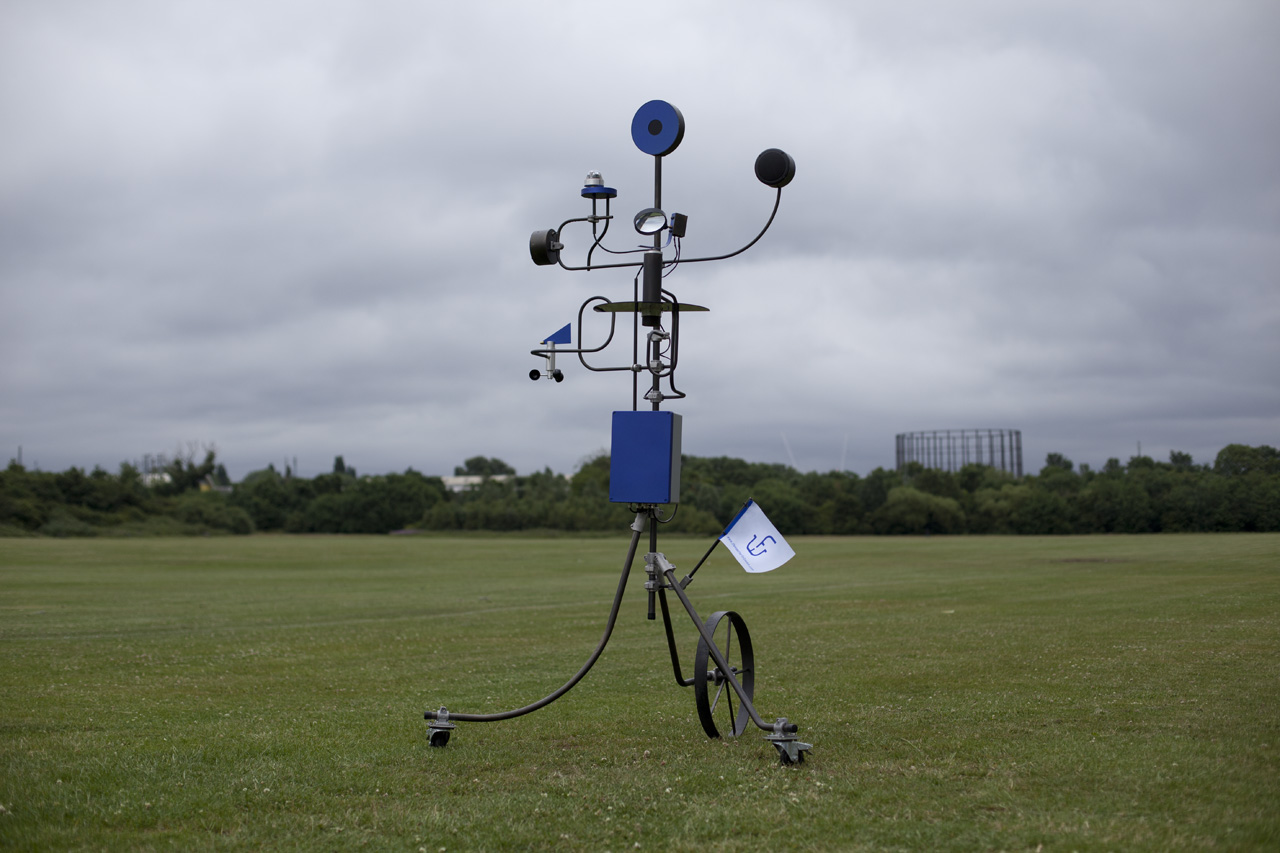 The Weather Followers – Bringing serendipity to the digital life

Created by David Colombini, The Weather Followers is a commentary on ‘smart’ applications and predictive, comfortable digital routines. Instead of relying on ‘accurate’ data, intangible algorithms and hidden lines of code-driven lifestyles, this device brings serendipity to your digital life, using constantly evolving weather data recorded by four weather instruments.