Having been to Moscow last week and played a part in the curation of the educational programme at the Moscow International Festival "Circle of Light", one thing is certain - Moscow likes Projection Mapping. Whether this be for the history of spectacle Moscowian have been enjoying for so long or that the brands have discovered the perfect method to communicate "big" on the largest stage of historical (and political) buildings and monuments - between light and man-made sit "effects", "tricks" and "illusions". The worry is that these Projection Mappenings™ (coined by Elliot Woods) may die before the medium got even a chance to mature.

What caught our attention, amongst all the wows and woes, is the submission by Moscow based collective Stain to the competition organised and run by the ETC Russia. Artists were invited to submit a 3 minute piece that will be projected onto the Moscow's architectural and cultural treasure - Manege, now exhibition hall. Stain's submission, 3 minutes long visual treasure sits alone in the field of thematic submissions submitted artists around the world. It neither respects or ignores this building, nor it is particularly favourable towards it. On the other hand, it has a place in rich russian demo scene history combined with what the building may have become - a surface where anyone can almost do anything. There are no rules apart from the geometric / built form constrains and of course the obvious rude or explicit. After all, this is Moscow's cultural city centre. 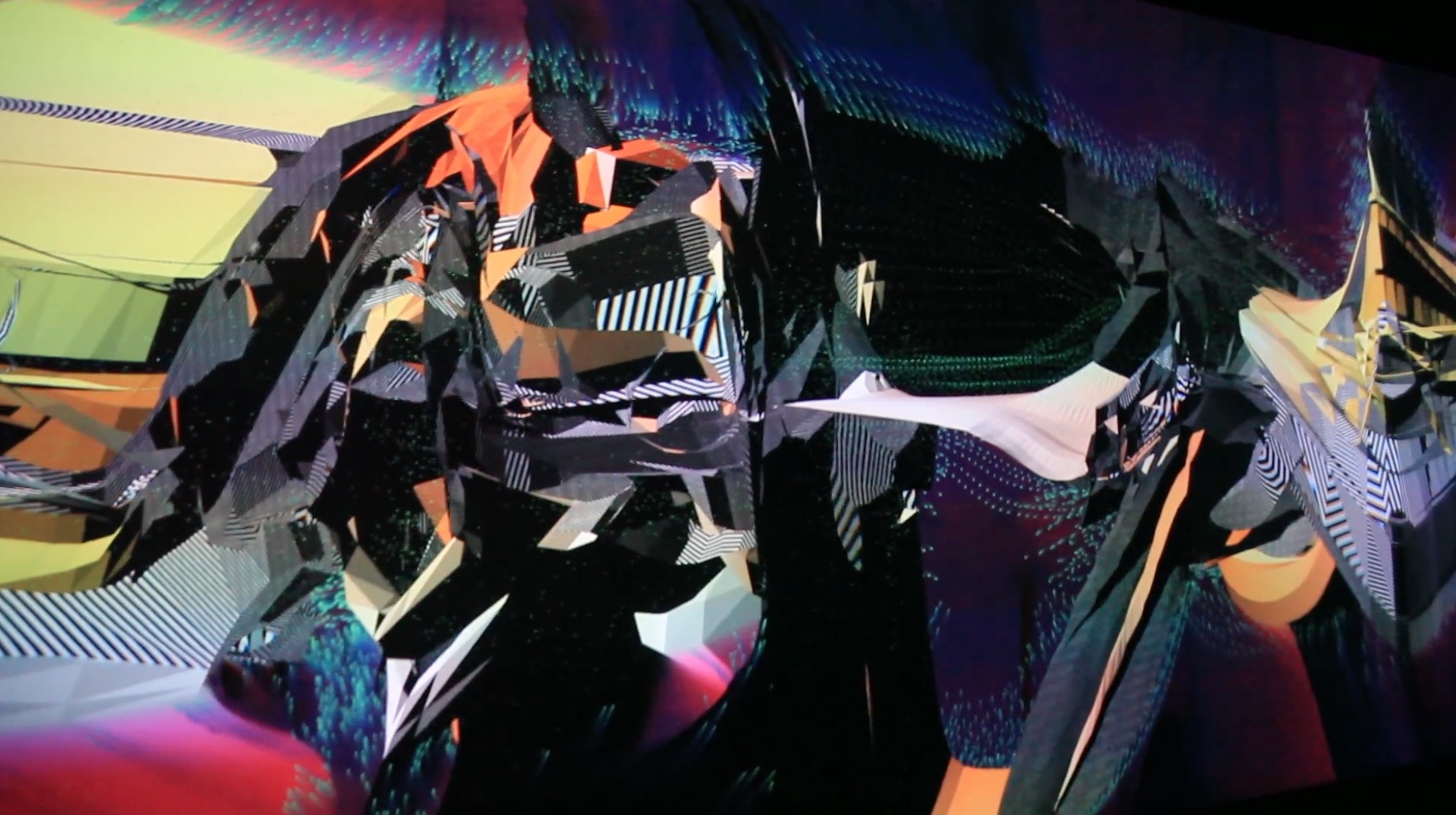