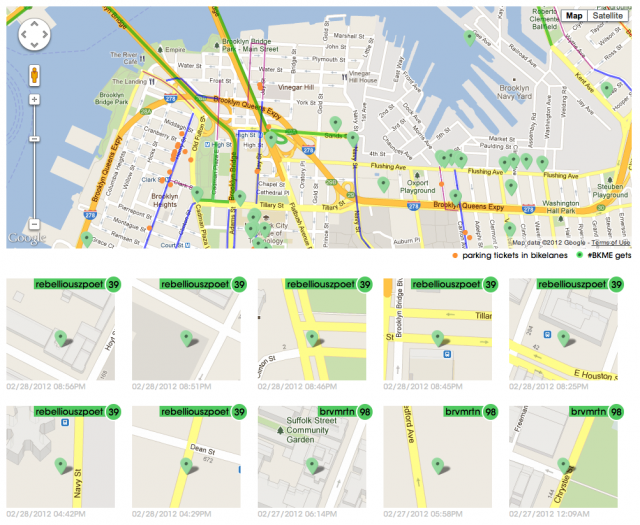 At the best of times the relationship between cyclists and motorists is tense. Given that the amount of dedicated routes available to cyclists in many cities is quite limited, motorists that opt to stop or park in what should be a thoroughfare really aren't endearing themselves to the cycling community. A gargantuan SUV parked in a bike lane will put a cyclist in an uncomfortable situation as they'll have to steer into the roadway in order to make their way around the vehicle – an act that is inefficient and dangerous. A collective of cyclists/designers in New York City have decided enough is enough and they've developed a web workflow to raise awareness about bike lane blocking and draw attention to streets and neighbourhoods where it is a chronic problem.

5 thoughts on “BKME.ORG – A Web Platform for Reclaiming Bike Lanes”