It's been almost five years since Shaun Inman first offered web developers a fresh look at their websites with the analytics tool Mint. Now heâ€™s set his sights on getting people hot and bothered about other peoples web content with the introduction of Fever, an ambitious new take on content aggregation. So how does it work? By utilising a recommendation engine similar to websites such as Digg, Fever sorts through your RSS feed subscriptions to dig out only the hottest stories the web has to offer. 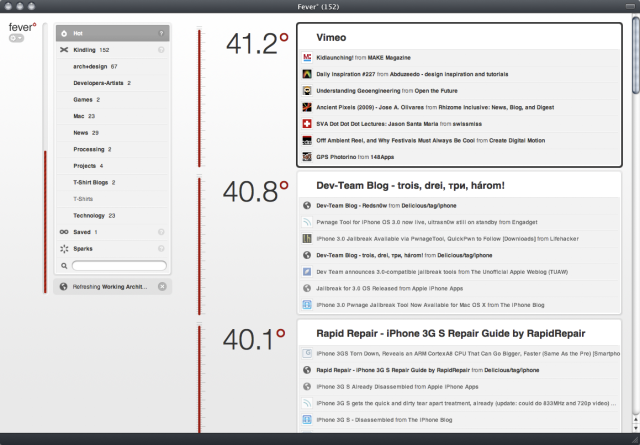 Itâ€™s simple. Fever lumps the feeds you read into two fundamental categories: kindling and sparks. Kindling represents your must-read feeds, the sites you catch up on over your morning coffee. Sparks represent sites youâ€™re aware of, but donâ€™t necessarily seek out on a regular basis - the type of content you look for on a slow day at the office.