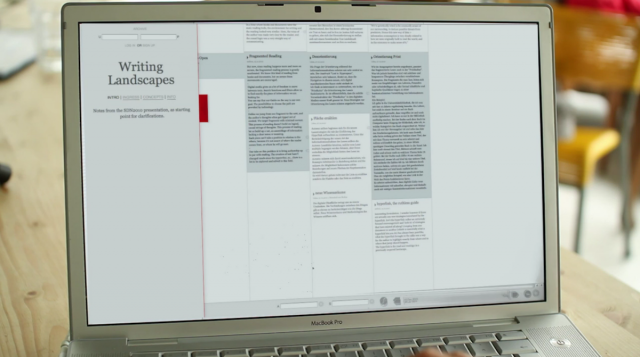 Lines is based on a writing technique from medieval times developed by monks as a solution to expensive paper and tedious writing. The monks were writing in the centre of the page allowing enough space for others to annotate the pages on the sides, method allowing you to read the story through other people's writing. The problem arises when 5-6th person tried to comment there would be no paper space left over. As the time passed and writing material became cheaper this technique was abandoned and the techniques we used today were adopted. The team behind the project thought it would be interesting experiment to revisit the techniques using modern technologies, predominantly the "screen" as it has no borders and provides infinite space.

One thought on “Lines [WebApp]”