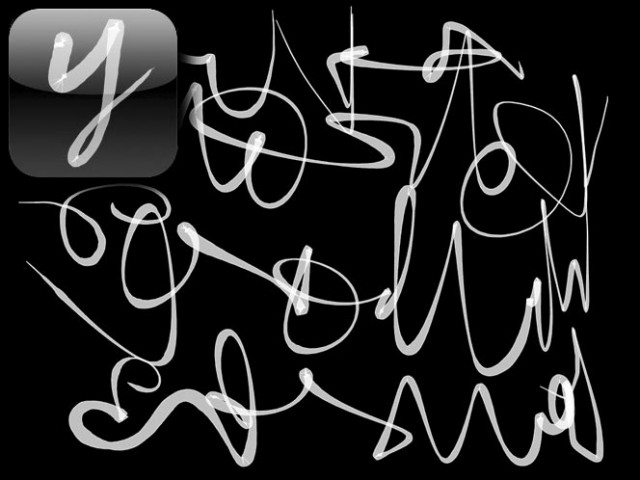 In the multifaceted world of iOS apps for iPhone, iPad and the iPod Touch, artists are beginning to carve a niche in the crowded landscape of Apple's Appstore. One trend amongst software artists is to repurpose work that was originally written for desktop computers into small, compact versions that run smoothly on these mobile devices. Although some of these artist-designed apps utilize the location-aware and networked capabilities that these devices offer, several artists are revisiting the interactive and non-connected aspects of their art. One such piece is "Yellowtail" by Pittsburgh-based media artist, Golan Levin. Reexaming his project "Yellowtail", originally released in 1998 as part of his "Audio-Visual Suite" of applications for the desktop computer, Levin has recreated the piece specifically for the iPhone. From his description: "Yellowtail repeats a user's strokes end-over-end, enabling simultaneous specification of a line's shape and quality of movement. Each line repeats according to its own period, producing an ever-changing and responsive display of lively, worm-like textures." The experience of using Yellowtail is a fluid reminder of what made software-based art such an immersive experience back in the day. Also revisiting his old screen-based work from the 1990s was Scottt Snibbe's who has released several apps for the store that have even made it to Apple's top download list. Maybe as Golan has said in the past, it's about time for Apple to introduce an "Art" category to the store. Current artist apps are automatically put into the "Entertainment" category of the store which is true to some degree, but hardly does most of these apps justice as a designation. 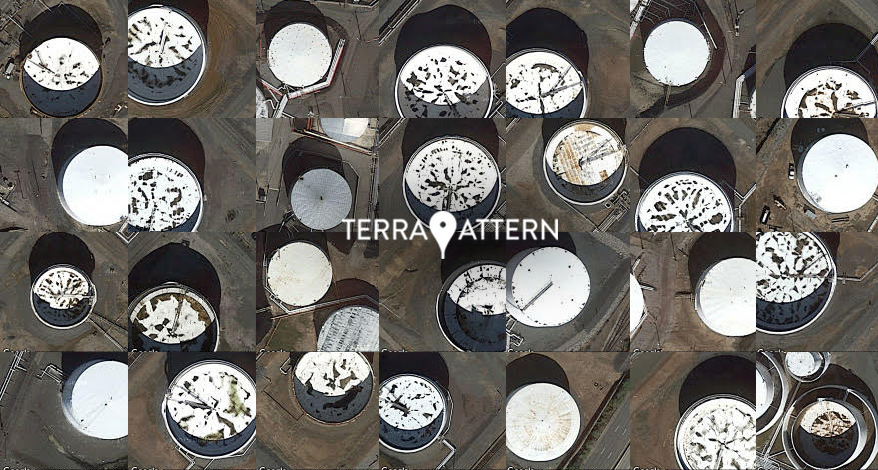 Created by a Golan Levin, David Newbury, and Kyle McDonald, with the assistance of Golan’s students at CMU, Terrapattern is a visual search tool for satellite imagery that provides journalists, citizen scientists, and other researchers with the ability to quickly scan large geographical regions for specific visual features.