Processing is an open source programming language and environment for people who want to create images, animations, and interactions. Initially developed to serve as a software sketchbook and to teach fundamentals of computer programming within a visual context, Processing also has evolved into a tool for generating finished professional work. Today, there are tens of thousands of students, artists, designers, researchers, and hobbyists who use Processing for learning, prototyping, and production.

Openframeworks is a c++ library designed to assist the creative process by providing a simple and intuitive framework for experimentation. The library is designed to work as a general purpose glue, and wraps together several commonly used libraries under a tidy interface: openGL for graphics, rtAudio for audio input and output, freeType for fonts,freeImage for image input and output, quicktime for video playing and sequence grabbing. The code is written to be both cross platform (PC, Mac, Linux, iPhone) and cross compiler. The API is designed to be minimal and easy to grasp. There are very few classes, and inside of those classes, there are very few functions. The code has been implemented so that within the classes there are minimal cross-referening, making it quite easy to rip out and reuse, if you need, or to extend.

Cinder provides a powerful, intuitive toolbox for programming graphics, audio, video, networking, image processing and computational geometry. Cinder is cross-platform, and in general the exact same code works under Mac OS X, Windows and a growing list of other platforms — most recently the iPhone and iPad. Cinder is designed to take advantage of platforms’ native capabilities whenever it’s possible, and relies on a minimum of 3rd party libraries. This makes for much lighter, faster applications, and means Cinder apps get free performance, security and capability upgrades whenever the operating system does.

vvvv is a graphical programming environment for easy prototyping and development. It is designed to facilitate the handling of large media environments with physical interfaces, real-time motion graphics, audio and video that can interact with many users simultaneously. vvvv is currently windows only but there are plans to release a mac version in near future.

Max gives you the parts to create unique sounds, stunning visuals, and engaging interactive media. These parts are called ‘objects’ – visual boxes that contain tiny programs to do something specific. Each object does something different. Some make noises, some make video effects, others just do simple calculations or make decisions. In Max you add objects to a visual canvas and connect them together with patchcords. You can use as many as you like. By combining objects, you create interactive and unique software without ever writing any code (you can do that too if you really want to). Just connect.

Pd (aka Pure Data) is a real-time graphical programming environment for audio, video, and graphical processing. It is the third major branch of the family of patcher programming languages known as Max (Max/FTS, ISPW Max, Max/MSP, jMax, etc.) originally developed by Miller Puckette and company at IRCAM. The core of Pd is written and maintained by Miller Puckette and includes the work of many developers, making the whole package very much a community effort.

SuperCollider is an environment and programming language for real time audio synthesis and algorithmic composition. It provides an interpreted object-oriented language which functions as a network client to a state of the art, realtime sound synthesis server. SuperCollider was written by James McCartney over a period of many years, and is now an open source (GPL) project maintained and developed by various people. It is used by musicians, scientists, and artists working with sound.

NodeBox is a Mac OS X application that lets you create 2D visuals (static, animated or interactive) using Python programming code and export them as a PDF or a QuickTime movie. NodeBox is free and well-documented.

Designed and developed by Ivan Safrin, Polycode is a new free, open-source, cross-platform framework for creative code. You can use it as a C++ API or as a standalone scripting language to get easy and simple access to accelerated 2D and 3D graphics, hardware shaders, sound and network programming, physics engines and more.

The aim of the project is to create a lightweight 3D engine with a very low level of complexity — in other words, for dummies. The engine can render using <canvas>, <svg> and WebGL. The library was created and being maintained by Mr.Doob.

Processing.js is the sister project of the popular Processing visual programming language, designed for the web. Processing.js makes your data visualizations, digital art, interactive animations, educational graphs, video games, etc. work using web standards and without any plug-ins. You write code using the Processing language, include it in your web page, and Processing.js does the rest. It’s not magic, but almost.

Paper.js is an open source vector graphics scripting framework that runs on top of the HTML5 Canvas. It offers a clean Scene Graph / Document Object Model and a lot of powerful functionality to create and work with vector graphics and bezier curves, all neatly wrapped up in a well designed, consistent and clean programming interface. It was created by Jüerg Lehni and Jonathan Puckey.

d3.js composes custom views of data with simple marks such as bars and dots. Unlike low-level graphics libraries that quickly become tedious for visualization, Protovis defines marks through dynamic properties that encode data, allowing inheritance, scales and layouts to simplify construction. Protovis is free and open-source, provided under the BSD License. It uses JavaScript and SVG for web-native visualizations; no plugin required (though you will need a modern web browser)! Although programming experience is helpful, Protovis is mostly declarative and designed to be learned by example.

aphaël is a small JavaScript library that should simplify your work with vector graphics on the web. If you want to create your own specific chart or image crop and rotate widget, for example, you can achieve it simply and easily with this library. Raphaël [‘ræfeɪəl] uses the SVG W3C Recommendation and VML as a base for creating graphics. This means every graphical object you create is also a DOMobject, so you can attach JavaScript event handlers or modify them later. Raphaël’s goal is to provide an adapter that will make drawing vector art compatible cross-browser and easy. Raphaël currently supports Firefox 3.0+, Safari 3.0+, Chrome 5.0+, Opera 9.5+ and Internet Explorer 6.0+. 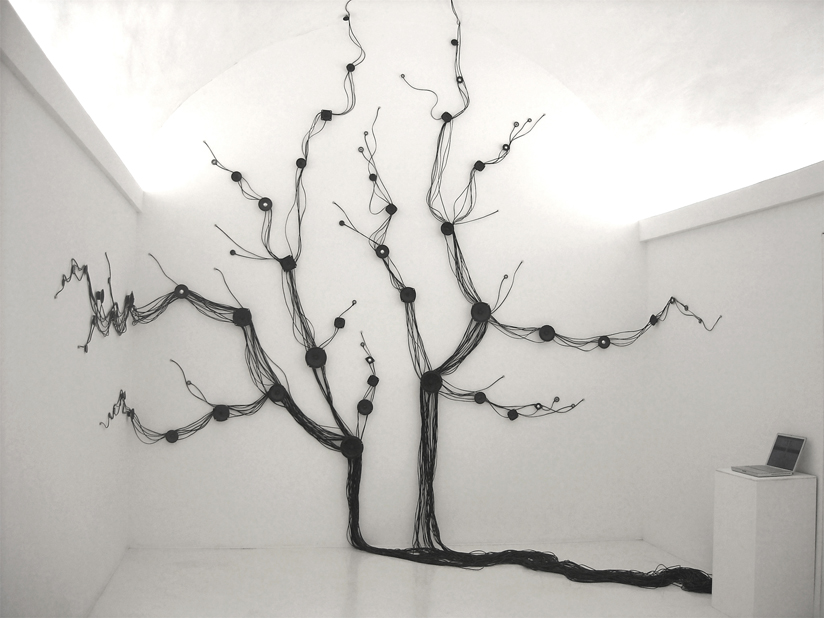 Founded in 2006, DDM & RobertoPugliese is collaboration between DDM Daniela Di Maro and Roberto Pugliese who live and work in Milan and Naples. DDM has a degree…