Created by panGenerator, “Icons” is an exhibition exploring our shared cultural “imaginarium” of digital gestures, symbols, and artefacts, dragging them out onto a physical space, enabling audiences a direct, tactile confrontation and – also literally – a different visual perspective.

Icons – a set of symbols transposing the impenetrable intricacies of digital processes onto a territory accessible to our, still very much Neolithic, minds. By dragging a text file to trash, we succumb to a useful illusion. Truth be told, nothing is in transit: the trash can does not exist; even the text file does not constitute any cohesive physical entity inside any hardware. However, by performing this codified, ritual-driven dance of clicks, taps, and swipes, we conjure digital processes to bring about a happy turn of events.

The projects asks: “How much of our attention do we make an offering to tech corporations, succumbing to the ritual of ceaseless scrolling?” The team perform an act of iconoclasm, deconstructing the cult, iconic Nokia 3310 – the gateway drug of our present-day smartphone intoxication. They place digital icons within baroque frames, depicting emotions associated with them. Paused by their gaze, the progress bar is their way of asking whether technological advancement goes hand in hand with the rejection of magical thinking…

As an artistic collective composed of Gen Y / millennials, and who have experienced first-hand the dynamic growth of digital culture: from the soothing dial-up tones of modems to video conferencing via Zoom – this exhibition is no different: it touches upon both what is today considered vintage, such as the first Pegasus-compatible (Nintendo Entertainment System clone) video games, and what is currently trending – the up-to-the-minute impact of social media on interhuman communication.

For more information about the project including the exhibition catalogue, follow the links below.

„ICONS – an exhibition by panGenerator” – produced as part of the “Iconic Things” project by the National Ethnographic Museum in Warsaw.

The exhibition is comprised of a series of installations/objects, including: 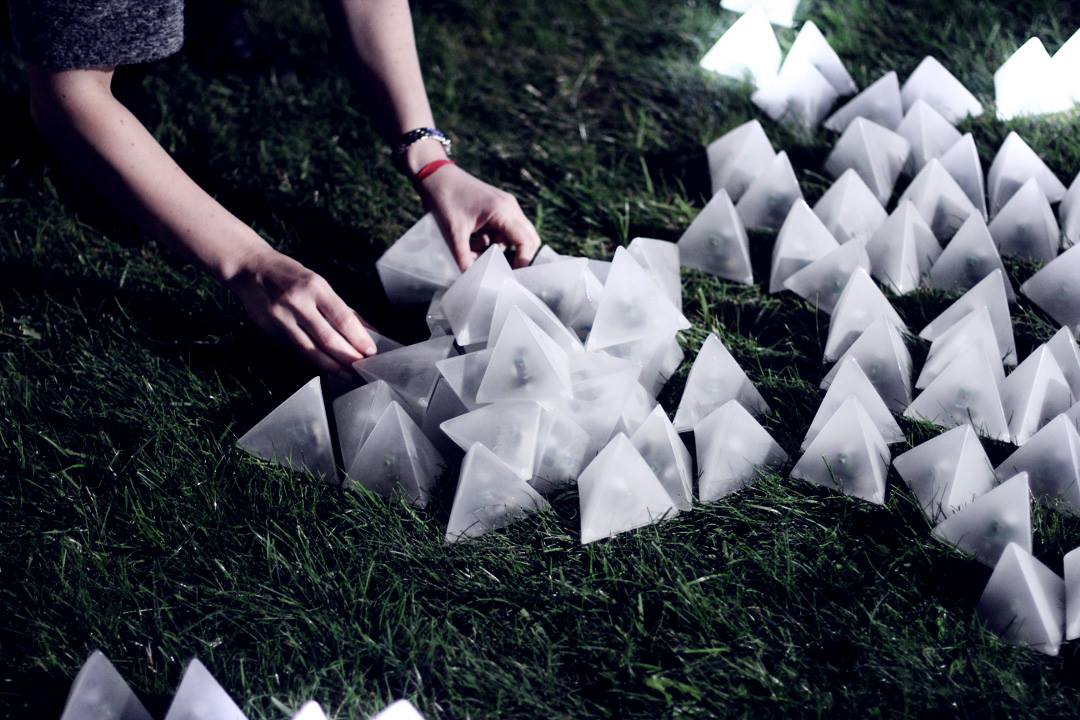 Constellaction is an installation by panGenerator which included swarm like intelligent and light responsive tetrahedrons that evolved and branched thanks to the collaborative effort of the audience.