Visual programming languages, languages that create programs by the manipulation of graphical elements, as opposed to specifying lines of text, have seen an increased popularity in recent years both in audio and video synthesis. Some of the more well-known environments, ones that are regularly used for projects that are featured on CAN,  include VVVV (real-time motion graphics and physical IO)  MAX/MSP (real-time music and multimedia), Pure Data (ostensibly an open source equivalent of MAX/MSP) and Quartz Composer (video synthesis for MAC).

Visual programming owes its many of its conventions for the representation of information and programs from Flowcharts - a lesser used term for these kinds of environments is Data-flow Programming. VPL's date back to the late 60's. A good example is the GraIL system (GRaphical Input Language) a flowchart language entered on a graphics tablet developed by the Rand Corporation in 1969. 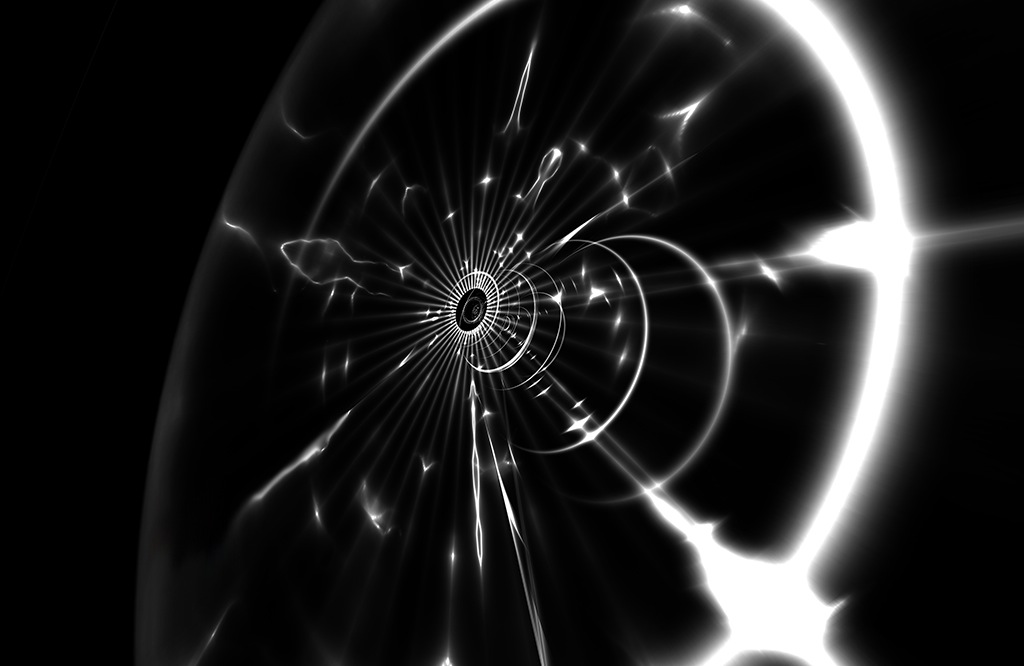 This new piece by Paul Prudence takes conceptual cues from cyclotrons and particle accelerators and alludes to aspects of particle physics, space exploration and 4-dimensional space. It is inspired to commemorate the first wave of Russian cosmonauts and also the artists of the Constructivist movement who conquered space conceptually.

7 thoughts on “Patch Schematics – The Aesthetics of Constraint / Best Practices”