Created by Noriyuki Suzuki, “Oh my ( )” is an installation that calls GOD in 48 languages using Twitter’s API. The machine monitors the Twitter timeline in real-time and when a tweeted text includes the word god (in various languages), speakers sound “oh my god” (in the appropriate language) at the same time.

A Word, GOD in different languages implies the cultural complexity and the difference in our world, and the name of god is influenced by each religious contexts, racial exchanges, and invasions throughout human history. While the racial mixing all over the world at the moment, the segregation is also becoming vivid recently, and it’s needed to reconfirm the diversity of the world from a bird’s‐eye with the real data. The Internet was basically considered to represent the diversity at the beginning though, now that we tend to look at only what we like or just automatically recommended information. So I tried to fulfill the potential of the internet beyond the boundaries of the language.

The project uses a Raspberry Pi 3 Model B as a master computer and 12 Arduino Mega 2560 as slave computers. They are connected to each other through I2C communication protocol. When an Arduino gets a signal from Raspberry, Arduino reads the audio data in micro SD card and sounds through speakers. One Arduino has four speakers, and each speaker has each language(the number of speakers corresponds to the number of languages). The speakers are located so that the position of the spoken language conforms to the distribution of the language in the world map. 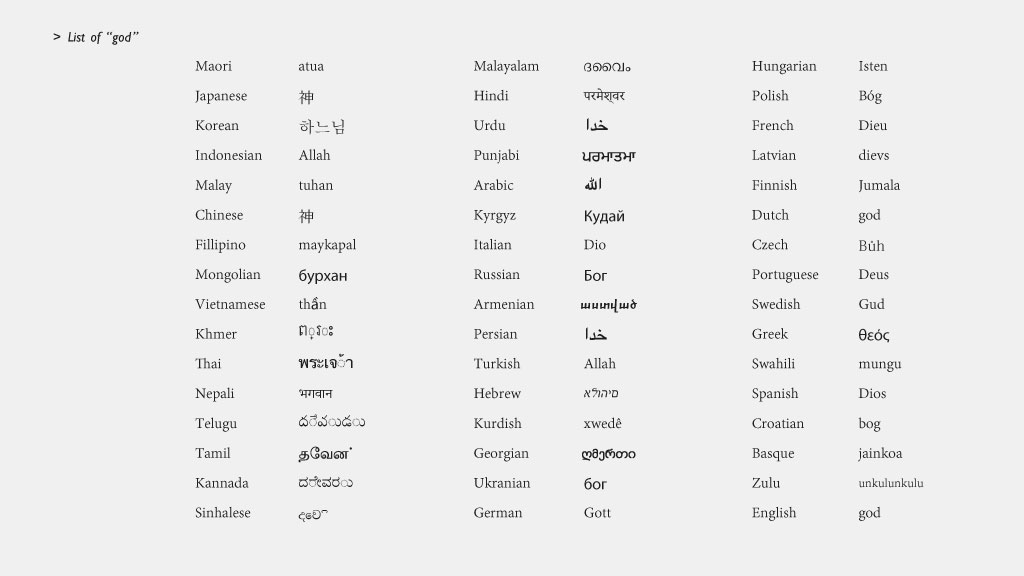 Raspbian is installed on Raspberry Pi, and calls Twitter API using node.js, making the connection through socket.io, and show the information of the Tweet with html, css, javascript, and jQuery. Noriyuki used standard Arduino IDE and imported the library, TMRpcm, SD, Wire and avr/wdt to make 4ch mono speaker system and I2c connection.

This project was completed at the University of the Arts Bremen and in the course, Poésie des Messens in the winter semester 2016-2017, and advised by Prof. Dennis P. Paul. 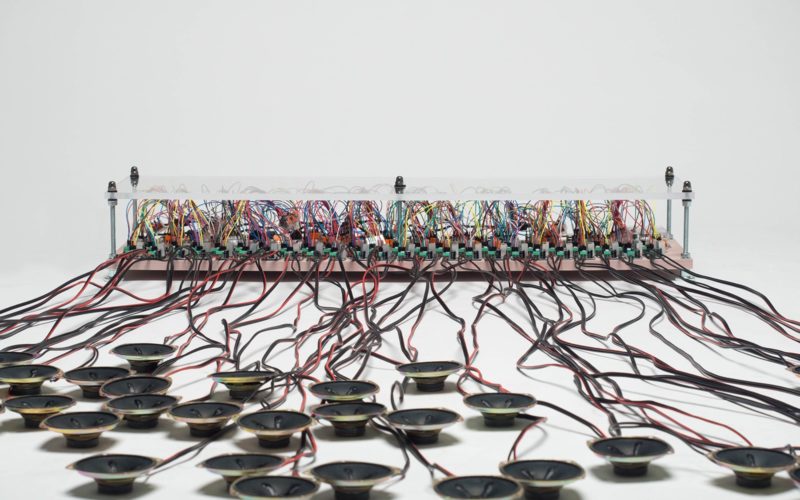