Created bu Jonghong Park  at the University of the Arts Bremen (Digital Media Program), the installation ‘bit’ represents a natural random process based on the principle of a Markov chain. Each machine consists of "information" engraved on the read head and an "event" caused by the operation of the motor. Linked together using a Markov chain algorithm, one can predict which of the four machines will move in the next turn.

The movements of these four machines are shown as a random process, but in fact they are sequence of events. Each of the four machines has its own state, which have been named ( 0,0 / 0,1 / 1,0 / 1,1 ), respectively. Each machine is equipped with a wooden read head with binary information on the surface and a microswitch to read the current state of the read head. The microswitch is connected to the stepper motors located in the center of the machine. A machine whose state is called moves the stepper motors by 1/240 of a degree. The microswitch turns on / off (1/0) along the surface of the read head each time the motor moves and calls the next machine corresponding to the state (2-Bit) of the current position of the read head. At this time, the machine corresponding to the measured state goes through the same process and calls another machine or itself. 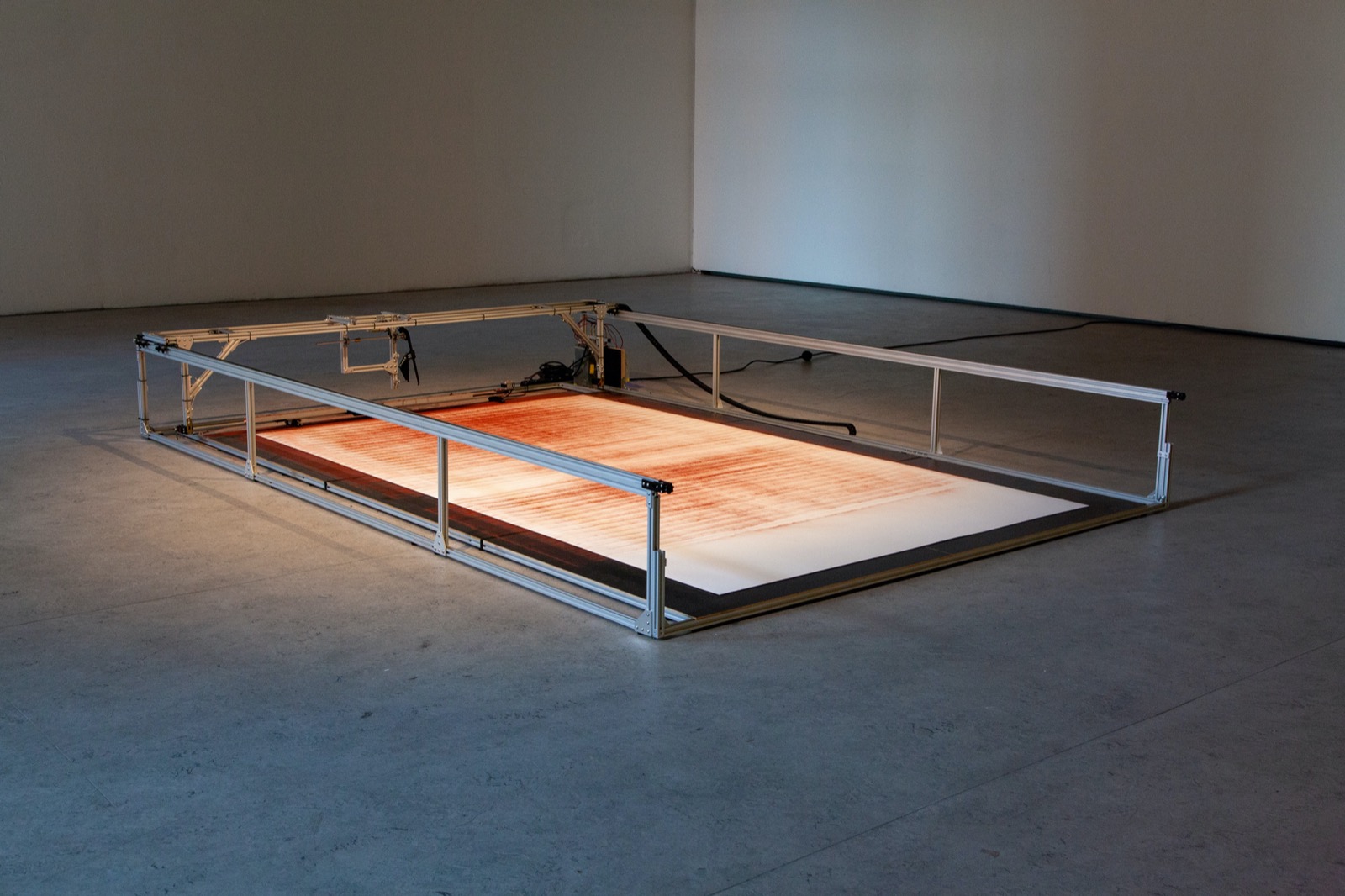 Created by Jonghong Park, Vague Boundaries explores ‘boundaries’ between matter and phenomena. The custom made machine draws straight lines continuously on the paper by snapping the thread with the mechanism of the chalk line tool.