Created by Kachi Chan (IALab), ‘Sisyphus‘ is an installation featuring two robots engaged in endless cyclic interaction. Smaller robots build brick arches, whilst a giant robot pushes them down – propelling a narrative of construction and deconstruction.

Named after a figure in Greek mythology, who is condemned to push a boulder up a hill every day only to watch it roll back down afterwards. Sisyphus is a commentary on the current socio-political climate, where systems of authority and resistance continuously clash against each other. Repetition is explored in this piece through the interaction of two contrasting robotic systems; one small and nimble, the other powerful and oppressive – the Greek Sisyphus representing either or both of them.

Despite the discrepancy that exists between the size of the two robots, their struggle is endless. The giant robot does not make any concessions and continues to crush the brick arches. Even once destroyed, however, the small robots proceed to building new brick arches, thereby manifesting a collective resistance through individual autonomous actions. Here, the status quo is continuously challenged by small, dispersed acts that disrupt the absolute power of the giant robot. The persistence of the small robots and their ability to propagate small-scale, new forms of resistance makes all efforts worthwhile, as opposed to ‘futile’. Hence, Sisyphus symbolizes not only the confrontation between power and resistance, but also the hope that comes with the possibility of change.

The installation uses Robot Operating System (ROS), computer vision, for operating the small robot – the camera looks for a rectangular surface (the up-facing surface of the brick), then it uses trigonometry to calculate the distance and angle in relation to itself (the small robot), then do the picking up – Fusion 360. Small robot is made from Dynamixel servos motors (XM 430 & XL430), PincherX150 robotic arm and custom made 3D prints. The large robot is Kuka KR60. For simulating robot behaviour, Kachi used Cinema 4D.

The project was awarded honorary mention at the Ars Electronica’s Prix Ars 2022 in the Digital Communities category. 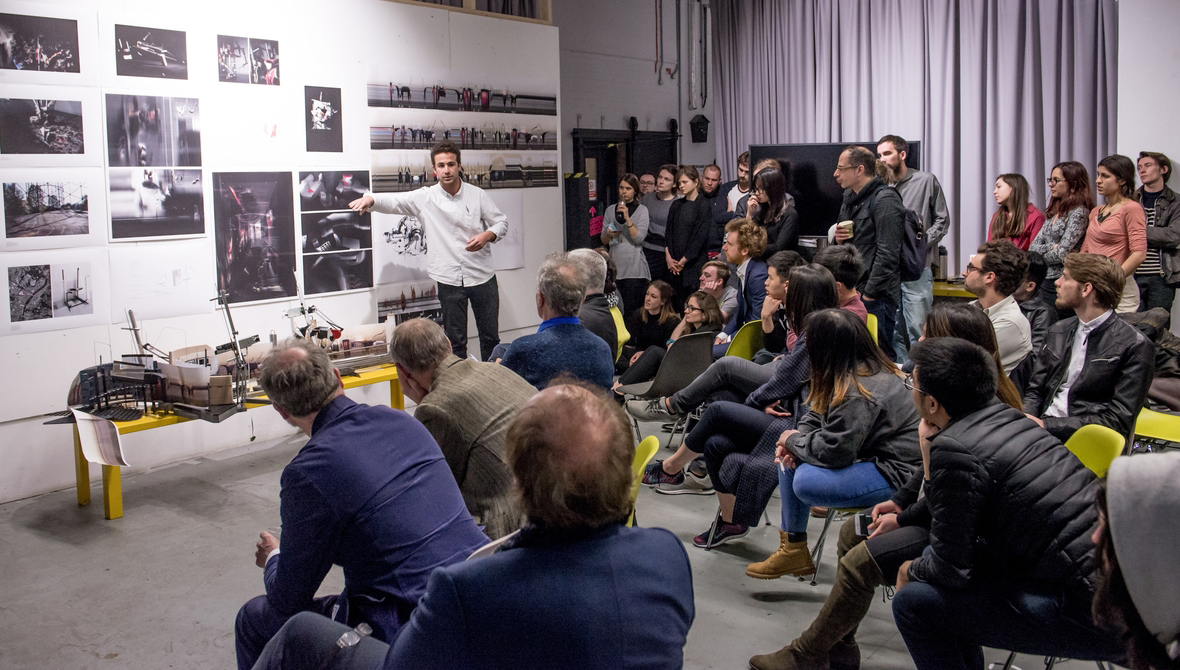