“An imaginary and minimalist landscape, revealing a feeling of luxuriant nature under the visitors’ path.”

Event for the launch of Hermès’ Passifolia tableware, on January 19th, 2020 at la Gaité Lyrique Paris.

How, across emptiness, to suggest lush fauna and flora?
How to use sound and light vibrations to interfere with our bearings
and our apprehension of space, while giving it a sense of materiality?

Vertical light beams shape the space. By touching a light beam, the visitor widens it and releases a bird song just above him. He feels the warmth of the light on his skin, and the gentle sounds of nature surrounding him. Once the bird sound ends, the beam narrows down, inviting the visitor to continue his exploration. A strange fauna draws a landscape that is both abstract and exuberant.

Passifolia is a collective experience, made-to-mesure for La Gaîté Lyrique in Paris (concert room of 20x15m floor space and 10m high ceiling).
The piece is made of 16 interactive modules organically set up in space. The modules are each composed of an automated light, an ultra-directional speaker and a sensor system. A gentle, immersive and evolutive melody are played by 12 ambient loudspeakers all around the space. The musical composition for the piece is made-to-measure by the musician Chapelier Fou. Hundred sounds of birds, squirrels, frogs, etc. recorded in the wild by naturalists are arranged by Chapelier Fou to create an ever-changing harmonious nature soundscape.

Software
Each light beam is produced by an automatic projector. The beam is visually materialized by artificial haze. An ultra-directional loudspeaker and a sensor are aligned with the beam.

The sensor consists of a camera, whose image is analysed on the fly by a dedicated program on a Raspberry Pi. Detection takes place in a harsh environment: low luminosity, haze, audio saturated by ultrasound, variable grip context… However, compared to other detection solutions (Lidar TOF, ultrasound…), video image analysis has several advantages: standard hardware, quick and easily adjustable sighting, analysis of a phenomenon visible to the naked eye easy to understand and monitor, wide spectrum of data that can be analysed (RGB or HSV values), detection area adjustable as needed, use of the diffraction properties of haze.

The image analysis software uses the OpenCV library. It detects when someone enters the light beam by studying the number of pixels whose brightness exceeds a predefined threshold. The program must be calibrated to correctly respond to a specific haze density which must remain constant throughout the event. When a detection is triggered, a signal containing the ID of the beam under which the detection is occurring is sent to a server. The server sends a Midi note corresponding to the beam ID to Ableton Live.

When it receives the Midi note, Ableton Live does two things simultaneously: it broadcasts a particular sound sequence to the ultra-directional speaker corresponding to the location of the detection, and it transmits the Midi note to the light console.

The light console then triggers the opening sequence of the motorized projector under which the detection is made. The opening of the beam and the diffusion of the directional sound thus occur simultaneously.

Authors
Lab212 is an interdisciplinary art collective, founded in 2008 in Paris.
Using new media, the collective creates installations which explore our perceptions of space and sound. These pieces, in which the visitor becomes an actor, provoke a loss of bearings and offer a sensitive interpretation of impalpable phenomena by giving them a materiality, as through light and sound beams in space (Passifolia, 2020), the force of the wind on the landscape (Nebula, 2018), or the weight of the body in atmosphere (Starfield, 2012). Their works were exhibited at the Barbican Centre (London), the V&A Museum (London), the Miraikan Museum (Tokyo), the Museum of Digital Art (Zurich), Le Centre Pompidou (Paris) and La Gaîté Lyrique (Paris). Their works have won several international awards, including from the Sundance Film Festival (New Frontier Selection: Notes on Blindness), Ars Electronica (Interactive Art Honorary Mention: LightType), Lumen Prize (Performance Award: Portée/). 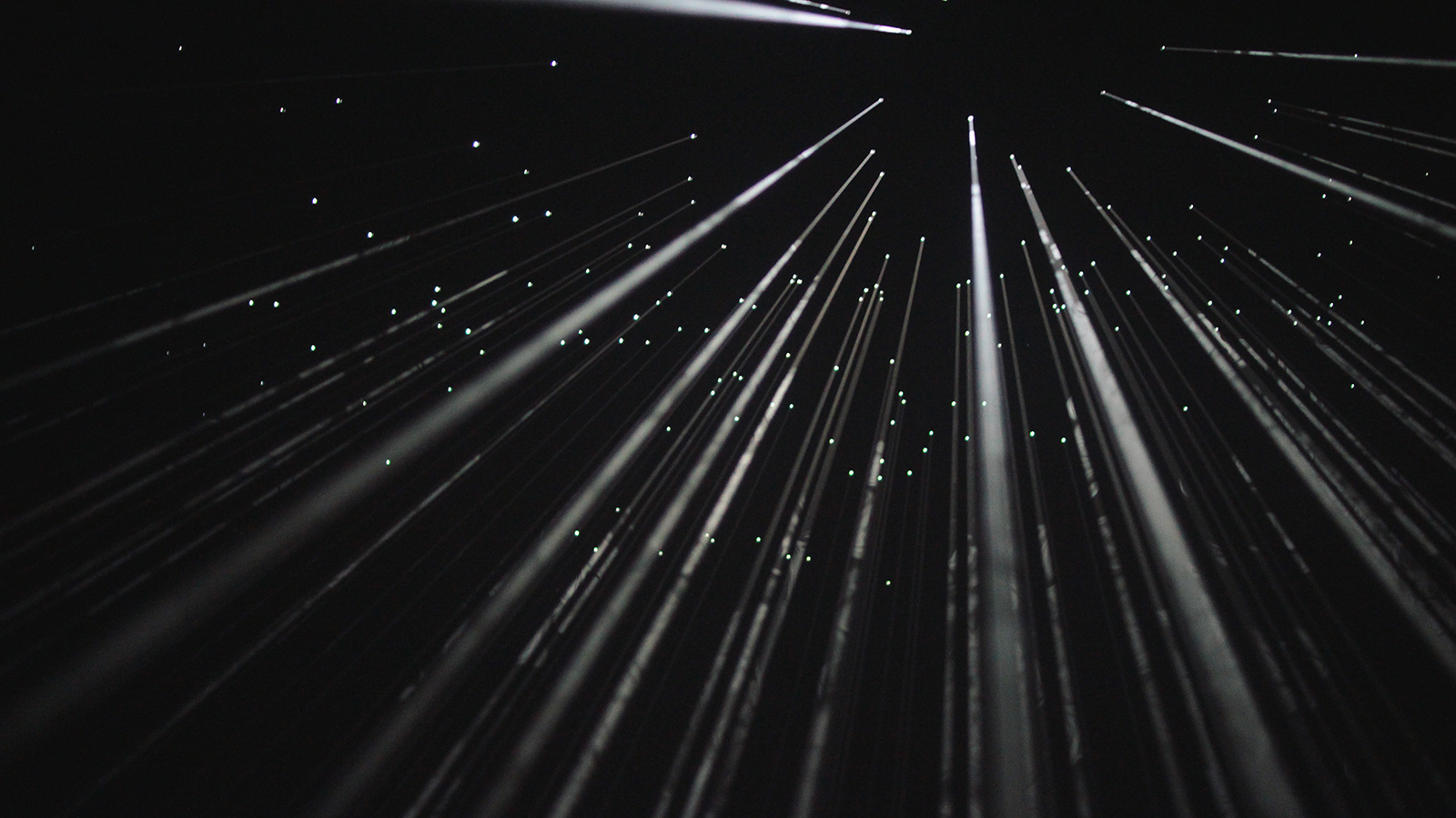 Novae — Between sky and earth

Novae explores cosmogonies – the formation of celestial objects in a constantly expanding universe.