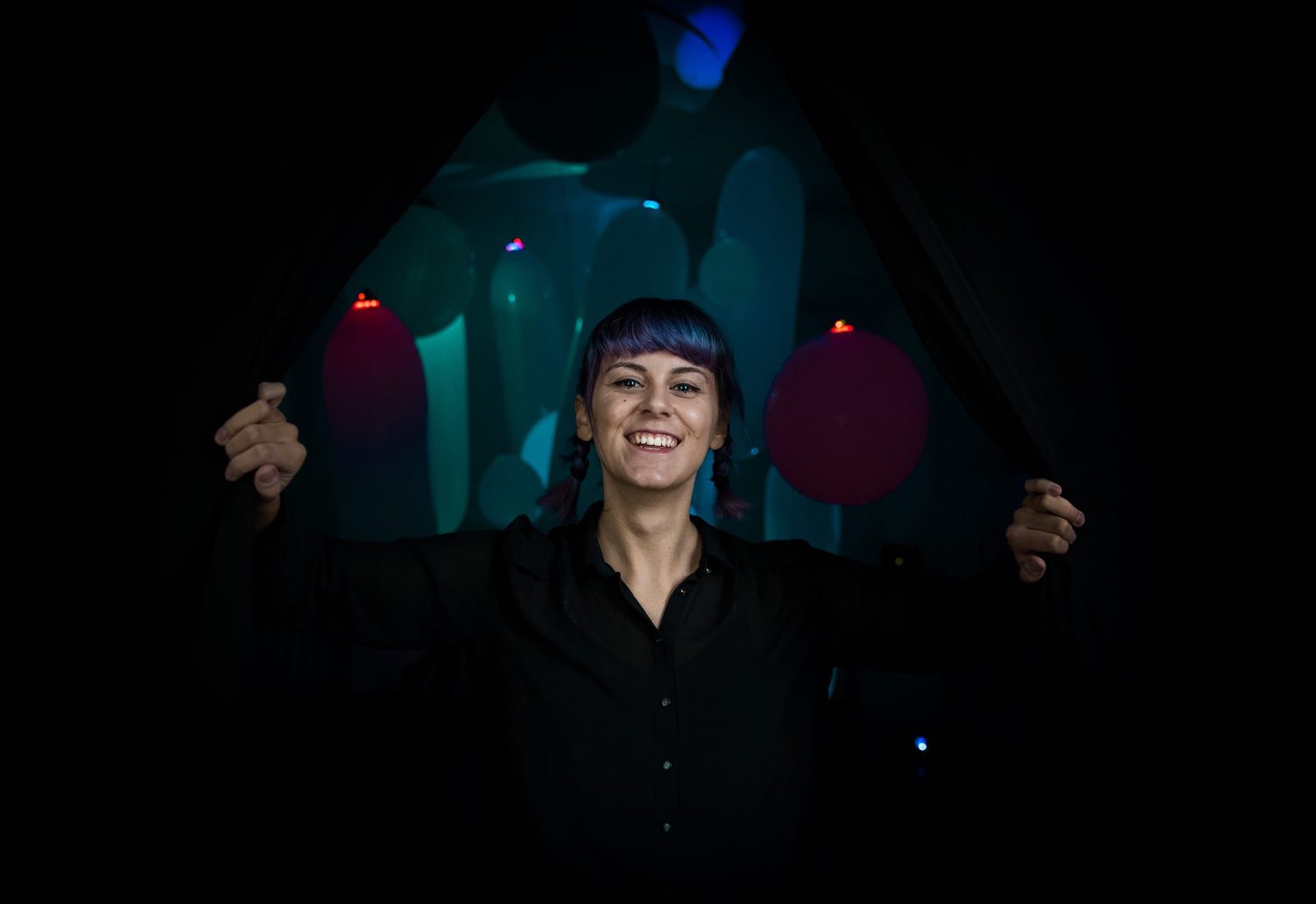 Created by Beata Kępa, ‘city’ is an interactive spatial installation which reacts to movement with light. It is inspired by Japanese urban areas and the anime aesthetic.

The high-tech Japanese cities are like an amusement park in which our senses are being mixed up. These are places where the boundaries of personal space constantly get blurred. You have no control over what stimulus affects you, who touches you or what images you are exposed to. However, what the project focuses on is that the power is not inherent to the city itself. What creates the city and kicks it into motion are its people.

Inspired by post-apocalyptic anime cities, the project focuses on working with light. Expressive illuminations present in the NeoTokio metropolis from ‘Akira’ (1988) and the usage of color in ‘Neon Genesis Evangelion’ (1995) had primary impact on the final character of the work. Also, the form of the installation draws from anime scenes like ‘Naruto’ (1999) and its Infinite Tsukuyomi cocoons.

The installation consists of suspended balloons equipped with a lighting system that reacts to motion. After a touch or air movement, the balloons light up in randomly generated colors to make each reaction with a form unique. The balloons, as a material, allow the user to easily interact with the space. The work can be multiplied or adapted to rooms of various sizes.

The project was made in the Studio of Multimedia at Academy of Fine Arts in Warsaw, Faculty of Design as a part of master’s diploma under the supervision of dr hab. Piotr Welk.

Each of the interactive balloons has a lighting system equipped with the Arduino Nano, 24 LED RGB diodes and a gyroscope. The system can be powered by a 9V battery or powerbank. Each set can be attached to the balloon thanks to the 3D printed attachment which also keeps the balloon inflated. Hardware / software list includes Arduino Nano, 24 LED RGB diodes, Adafruit NeoPixel library, gyroscope.

Commissioned by the Tate Britain and in honour of the eccentric man who proved that ‘horses can fly’, Theo Watson and Emily Gobeille with Nexus productions…