Created by André Andrade at ECAL (Media and Interaction Design Unit), 300000 km/s is a data visualisation project to highlight the consequential delay in communication in the probable future (interplanetary) expansion of the territory of Man.

Taking Earth and Mars as an example, the distance between the two planets will not physically allow the immediacy of the Internet as we know it on Earth, André's project highlights the limit of the communication speed through a simplified visualisation of a permanent ping (round-trip) between the two planets. 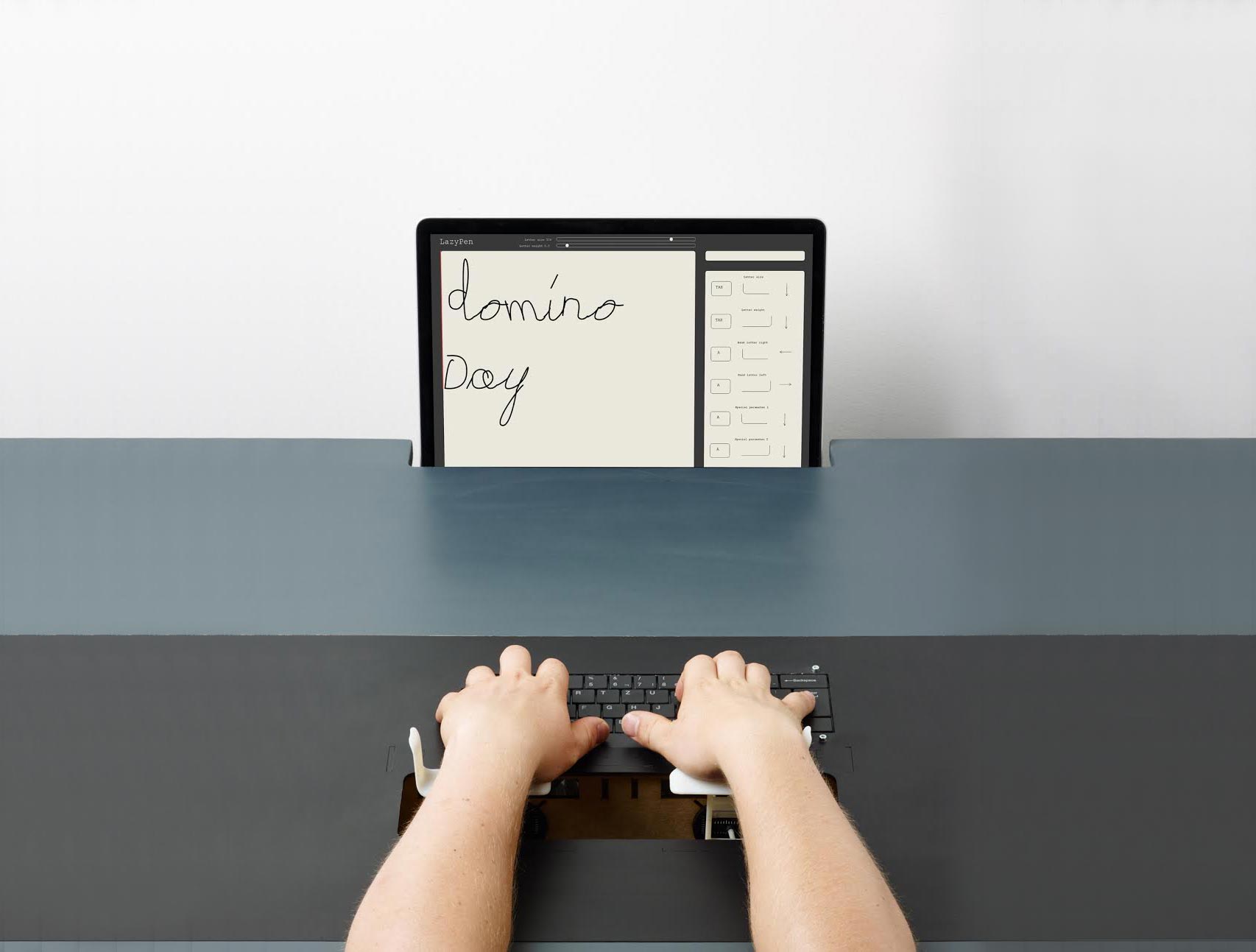 Created by Nicolas Nahornyj at ECAL, Lazy Pen is an attempt to combine the practical side of computer-based word processing with the emotional aspect of one’s handwriting. The tool allows the user to distort the typeface as they write, using the moving palettes placed beneath their palms.