Created by Richard Vijgen, ‘Eternal Blue‘ is an installation at the University of Maastricht (NL) that visualises tens of thousands of malicious packets caught by the University’s firewall as they happen. It is a monument to the events of 2019 when the University was hit by a severe cyberattack, as well as a window into an invisible dimension of reality, revealing the patterns of a global digital tide with attacks originating from different parts of the world in correlation with day and night rhythms.

On Christmas Eve 2019 the University of Maastricht (NL) was hit by a severe cyberattack. A few weeks before, an employee of the university had accidentally clicked a link in a phishing mail that linked to an excel file called schedule.xls. This file installed the SDBBot malware on the employee’s laptop. Within a few days the attacker was able to access and spread across the University’s local network. Using a so called EternalBlue exploit on an outdated server the attacker was able to get full access tot he central system. On december 23rd 2019 at 18:52 the attacker had installed ransomware that encrypted all files on 267 of the University’s servers containing everything from student affairs, to payroll to researchers and phd’s project data. A ransom letter was left in a .txt file demanding € 200.000 in bitcoin. Unable to function, the University decided to pay and take the whole process public by publishing the digital forensic report and hosting a symposium to educate the public about the course of events.While the attack has had a profound impact on the University, the staff and the students, there is little that remains of the event other than a sealed off laptop with a sticker on it that reads “Patient zero. Do not connect to the network”.

Each intercepted package is logged and visualised as a coloured pixel. Together they form a slowly rotating sphere that represents 24 hours from top to bottom where the color represents the country of origin. A period of continued attacks from a specific country appears as a coloured band that starts at the top slowly moving down. Every day reveals a new pattern based on the origin and intensity of the attacks. While one day the sphere may be predominantly blue with a few bands of color, the next day it may be mostly green with a few specks of yellow and red. As such it resembles a contemporary clock that measures the passing of time by the intensity of digital attacks. It is a the invisible but very real background against which the University functions as an open and international institution. 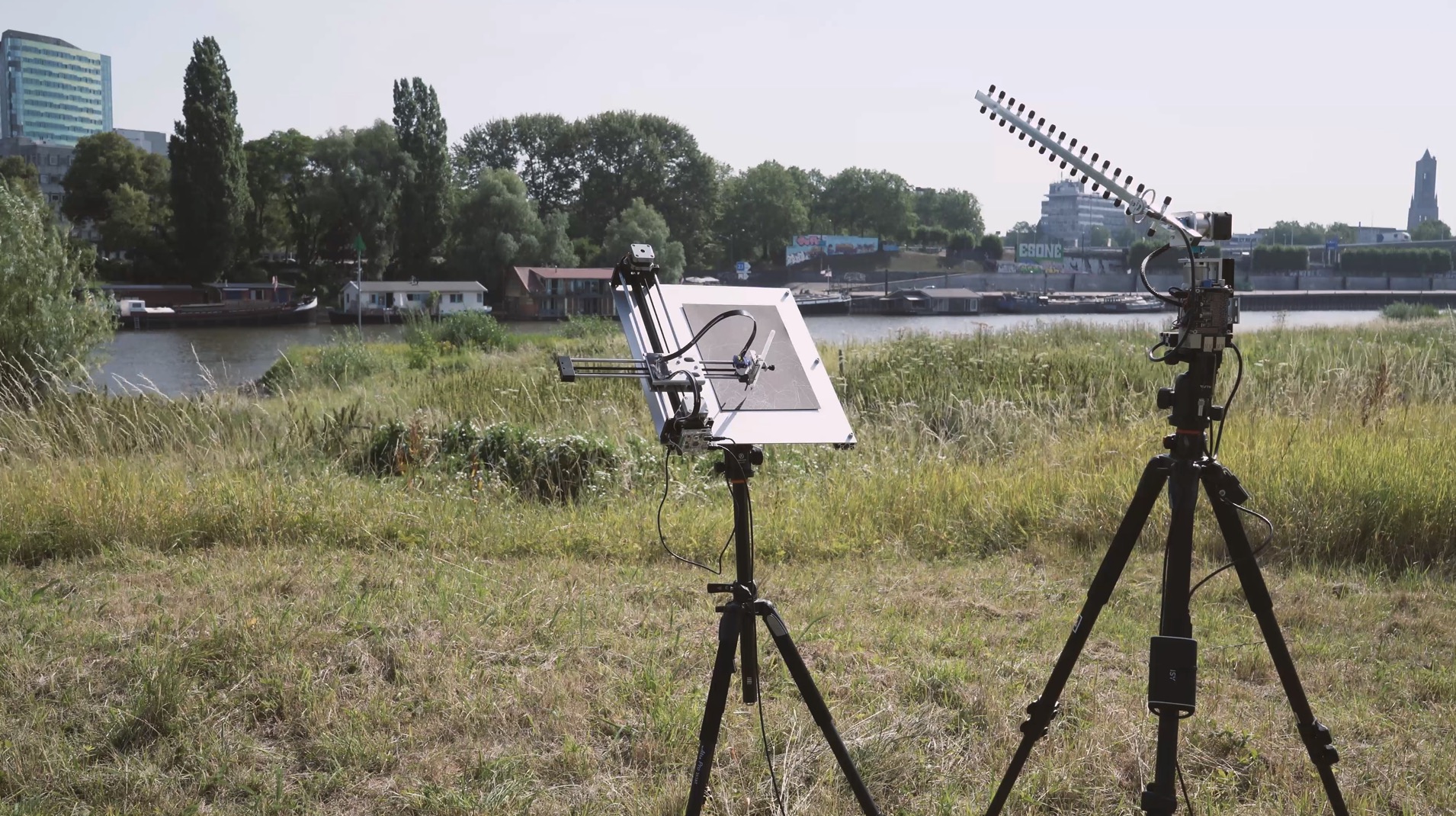 Created by Richard Vijgen, ‘WiFi Impressionist’ is a field installation inspired by the cityscapes of William Turner that imagines the city as an electromagnetic landscape.