Created by Rayane Jemaa (ECAL MiD), “Is This the Middle East?” investigates representation of the Middle East and North Africa (MENA) in a selection of video games. Rayane is interested in the patterns, repetitive artefacts, locations and texts in games that claim to be set in the MENA region. As these objects become archetypes, the project questions whether these photo-realistic environments are also realistic in the scenes they depict or do they become another backdrop for war-related games?

Using photogrammetry to reconstruct these environments, Rayane addresses the implications of seeing an abundance of often over-simplified images of the Middle East, especially in a world where video games are becoming not only a global phenomenon, but also a means to encounter other cultures.

What kind of shops do we find in video games set in MENA? How many times does the word “carpet” appear in these games? These are some of the questions Rayane initially tried to answer with this project. While first showcased as a website, the project has also become an ongoing process, where he collect objects, landscapes and texts from video games set in the Middle East, and documents them in various ways, to put into perspective the shear volume of clichés existing in these games.

While stereotypes might seem innocuous at first, these games are being played by young people, who may not be aware of the diversity of the region, making these games become their only point of reference.

Rayane wanted to document these scenes in a way that went beyond simply taking screenshots of the games. Through experimentation he realised that he could extract environments by taking hundreds of screenshots within the game, and reconstructing the scenes through photogrammetry. Because the renders are similar to the ones we find on Google Earth, he was interesting in creating this grey zone, where viewers question wether what they are seeing is “real-life”. 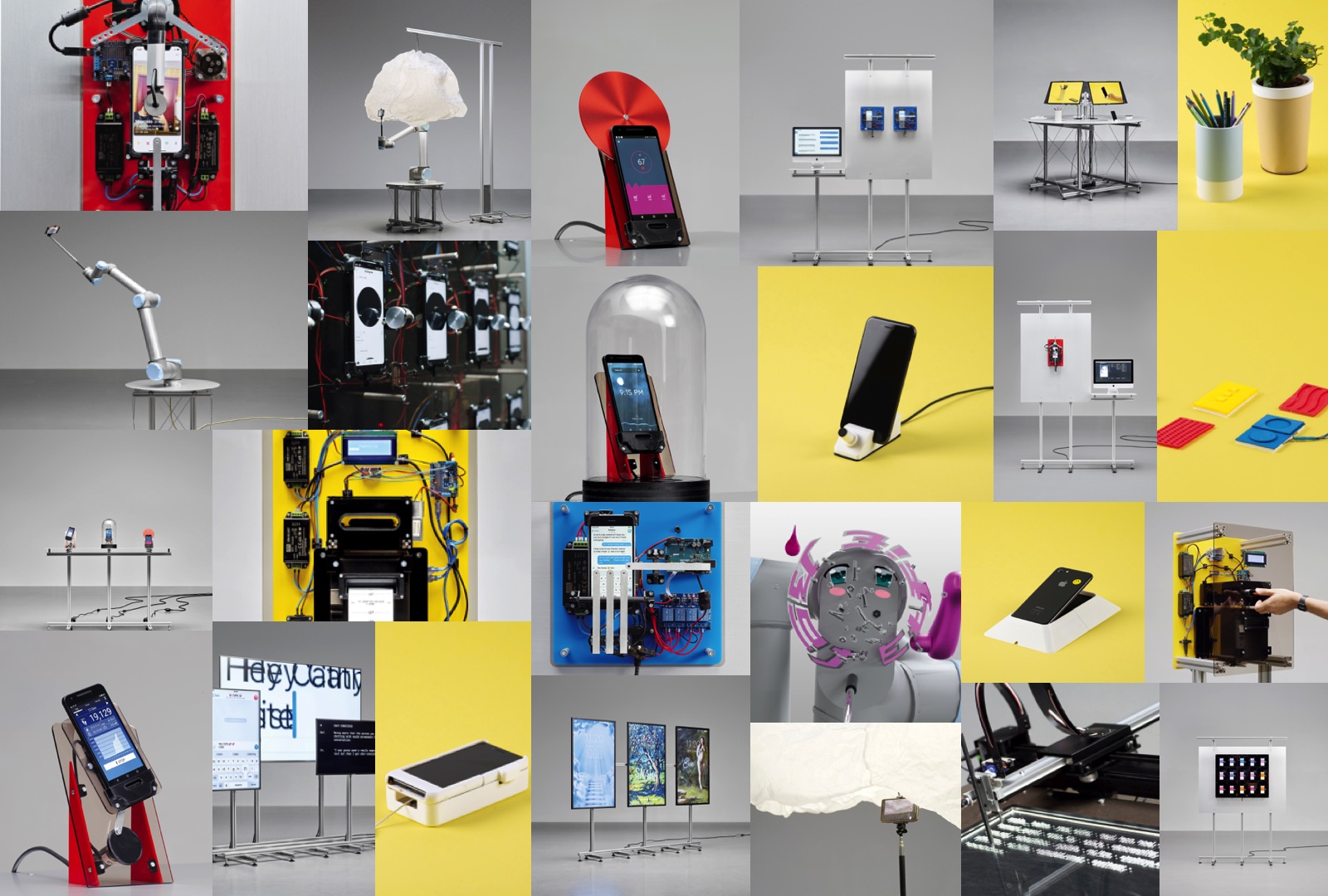 Fantastic Smartphones, alternative accessories, interactive installations and machine performances highlight the excesses relating to our use of these devices. By imagining innovative ways of interacting with our smartphones or by delegating our repetitive actions to machines, this exhibition takes a critical look at a society that has become addicted to an object that seems to have become indispensable : the “smart” phone.