Robots have been a staple on assembly lines for decades and we’ve recently welcomed them into our homes to help out with menial tasks, but what happens when we bring machines designed for light manufacturing into social spaces? Mimic, the most recent project by the interactive installation studio Design I/O convincingly sketches how we might socialize with robots – and how they can be imbued with personality so they can return the favour. One of the centerpieces of this year’s edition of TIFF Kids International Film Festival’s digiPlaySpace interactive playground, the studio plunked a Universal Robots UR5 robot arm on a plinth in the middle of a exhibition hall full of fired-up kids. Using sophisticated computer vision rig (comprised of three overhead Kinects and one Kinect V2 sitting in front of the installation) and working around the arm’s limited built-in functionality, Design I/O have created a playful and inquisitive being with a range of dynamic moods and actions that are triggered in response to whatever motions or gestures it detects.

“You can get a bit of a wallop from it. You could definitely bruise yourself if you’re in the wrong place,” says Theo Watson of the responsibility implicit in taking control of the UR5. Beyond the necessity of putting a bit of space between the arm and curious children, a range of safeguards were needed to protect the arm from itself. “At the very end of development I found a way to get it working with a new interface which basically allows you to say ‘I want you to be in this position and just get there.’” This sounds simple, but the UR5 is finicky about how it takes instructions; Watson says you have to treat it “kindly” – or else. “If you say ‘move there within a sixtieth of a frame’ it will just shut down.” Likewise it is fully capable of whacking itself due to its expansive range of motion. Despite these difficulties the UR5 was definitely the right robot for the job. “It’s exactly the form factor we wanted, something roughly the scale of a human arm.” The model’s reach is just under a metre, which makes it human-scale, especially compared to the daunting size of larger models. 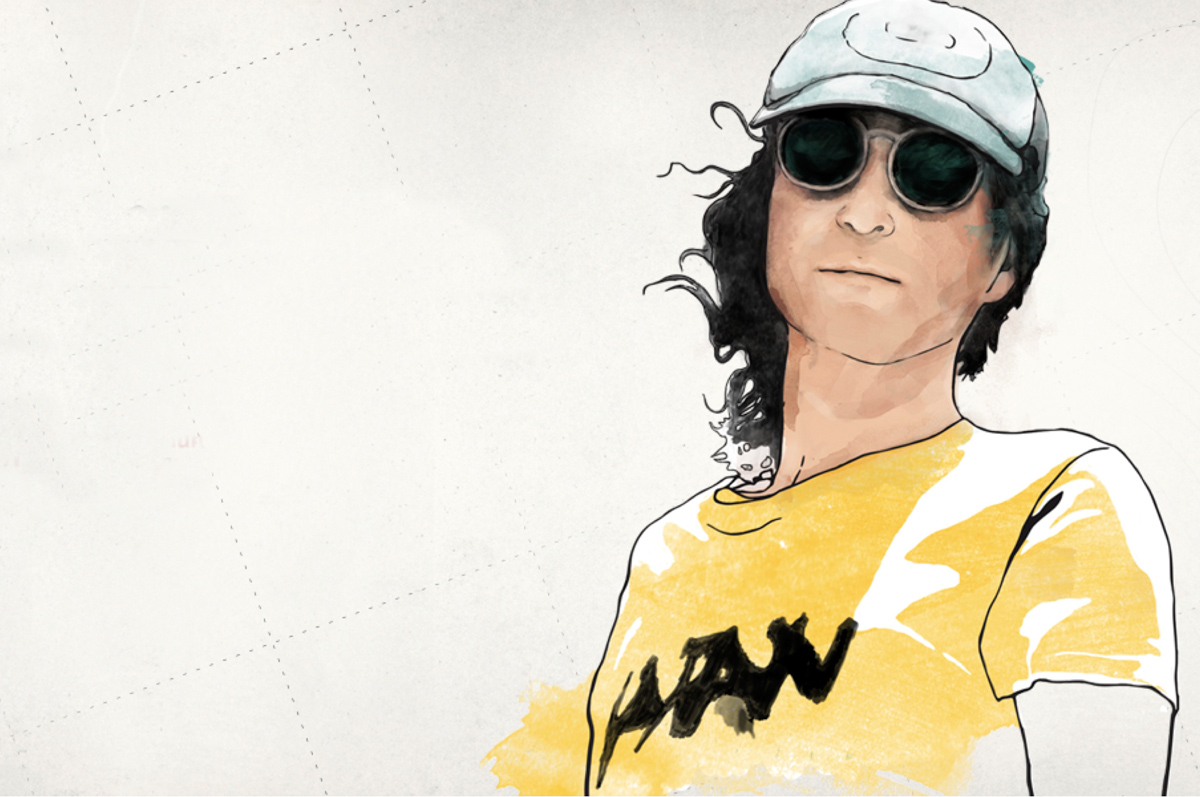 John Lennon: The Bermuda Tapes in an interactive Album App that tells the story of John Lennon’s life changing journey sailing through a mid-Atlantic storm to Bermuda in June 1980, the creative discovery during his time on the island and the artistic collaboration from abroad with wife Yoko Ono at home in New York.